And no... not for the reasons you think I might be thrilled. 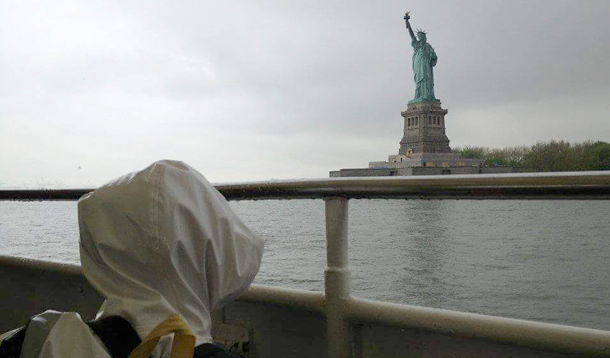 “What do you want to be for Halloween this year?” It’s a question I both love and dread asking. As a crafty mom, Halloween is my Super Bowl. My nine-year-old is past the clever homemade costume stage, and inevitably chooses something mainstream (boring!). My youngest is four this year – right on the cusp.

Up until this point, I have gotten away with choosing my four-year-old’s costumes without protest. He’s been Clark Kent, an adorable lumberjack, and the most spot-on Pee Wee Herman you’ve ever seen (when your kid looks like Paul Rubens, you make the best of it) all of which were painstakingly put together by hand starting months in advance. 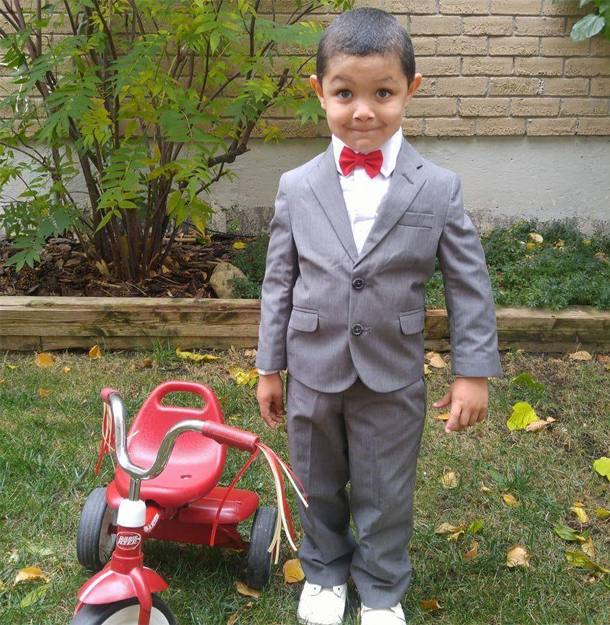 This year, much to my dismay, I have to acknowledge that he is his own person with his own tastes, and as such, he should get a say in his own costume. So, I took a deep breath and asked him, “What do you want to be for Halloween this year?”

“The Paper Bag Princess,” he said with conviction. “But only if I get to wear lipstick.” Clever, creative, homemade, admirable character, yes, yes, yes! I get to haul out the sewing machine for another year!

I can just feel the eyes rolling, and not just from the people who are judging me for allowing my son to dress as a princess. I see you, people in the comments section, sighing about another parent patting themselves on the back and making a big deal about how awesome they are for not being afraid to defy gender norms. I’ve been you. I’ve been the person at home going, “You know, you can just buy your son a doll and not make a video about how you aren’t afraid it will alter his sexuality. Just let him play with the doll, it isn’t about you.” I get it.

If I’m not giving a self-five for letting my son wear a princess costume, why am I telling everyone about it? Well, in addition to my joy at not having to suck it up and buy him a generic costume, I am thrilled he chose a strong female character to dress up as – not just because it means that he doesn’t feel boxed in by gender stereotypes, but because it means he admires a strong female character.

That’s a big deal. If you don’t think so, try to find female characters in the boys’ section of mainstream clothing stores. It’s been well documented that not only are female characters not featured on their own on most boys’ clothes, but they are often removed from the group shots. Many parents (and children) noted the absence of female characters from Avengers and Paw Patrol clothing, and despite being the star of the movie, Rey plays a less prominent role on clothing aimed at boys.

So, in addition to there being fewer strong female characters, the ones that do exist are downplayed to boys. This is a problem for boys and girls alike. When my son asked to dress up as The Paper Bag Princess, a badass girl who saves herself, I was heartened to see that he wanted to emulate a female he admired. It was a sign to me that it is becoming more acceptable for boys and men to have female heroes, not just crushes. 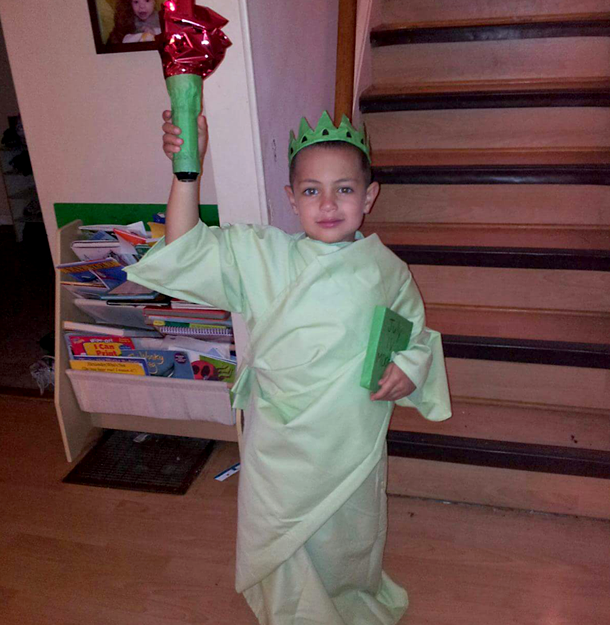 In fairness, this isn’t the first time one of my boys has brought me down this path. When my oldest son was four, I asked the same question of him, prepared to reluctantly relinquish my creative control of his costumes in favour of the latest super hero in the spotlight. To my utmost surprise, he answered, “The Statue of Liberty.”

As strong women go, it’s hard to beat the towering symbol of freedom and integrity. And so, at seven months pregnant, I hunkered down on the floor piecing together a rudimentary Lady Liberty costume out of a sheet, a flashlight, and some green painter’s tape.

It didn’t turn out well. It was recognizable only because few things resemble Ms. Liberty, so educated guesses were easy, but the likeness was less than perfect. But my boy held his torch high with pride as he dragged his green robe through mud puddles and gathered candy, echoing the sheer excitement he had displayed when he had finally gotten to see the real thing a few months earlier. He had loved her for months before we made the trip, and his admiration only grew after laying his eyes on her in person. She even beat out The Hulk as his favourite green giant. And the most enthusiastic response to his costume came from a group of teenage boys.

So, when my sons ask to dress as female icons or characters, I happily oblige. Not because I want to show everyone that I’m enlightened enough to let them wear a dress, but because I will happily encourage the fostering of female role models. And yes, my boy, you can wear the lipstick.