Parenting kids just isn't the same as trying to find an okay date. 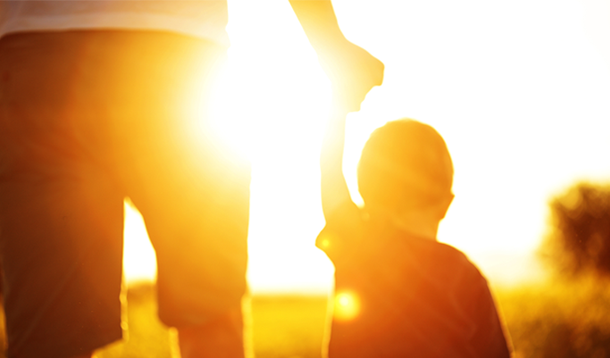 One of my all-time favourite sketches from the long running sketch comedy show, Mad TV, was a sketch called Lowered Expectations. In this sketch, the show riffs on the idea of the video dating craze of the 80’s and early 90’s with a series of videos featuring unlikely choices for a first date. I always found the show funny because of the entire concept that if you just lower your expectations for what you want out of life (or dates) then you’ll be pleasantly surprised.

My children often remind me of this sketch.

When I first started thinking of the idea of lowered expectations and my children, I thought exactly what I thought when I think of that sketch. “If I don’t expect much, I’ll be pleasantly surprised.” My son and daughter can both be incredibly challenging at times, and for a long time, I thought that having low expectations meant that I wouldn’t be disappointed. But since then, I’ve come to realize that it really means that I’ll rarely be pleasantly surprised.

There was a time when every trip I took with my son began the same way. I’d start by letting him know that if he failed to act accordingly during our outing, then the outing would end. Then I’d review all the things that he could do wrong that would constitute a failure to act accordingly. Then my son would systematically dismantle every rule that I had laid out for us and we would continue with the outing anyways because, like every good parent, I rarely stick to my guns.

My lowered expectations didn’t help. In fact, there’s a pretty good chance that they were more of a hindrance. There’s significant research that suggests that when we lay out for children a list of things that they are not allowed to do, we’re in fact encouraging them to break some, most, or all of these rules.

When we lay out for our children the list of things that they are not allowed to do, we’re doing two things. The first is that we’re listing off a collection of activities that sound like a hell of a lot of fun. Don’t jump off the arm of the couch on to the cushions, doing a seat drop in the process. Sounds fun, right? Many of the things that we caution our children against are out of a desire to keep them safe. The things that straddle the line between safety and serious injury are often the things that are the most fun.

Have you ever told someone not to peek? What’s the first, natural reaction of anyone that is told not to peek? They peek. Far too often we expect more from our children than we do of ourselves. This is both unfair and unrealistic.

Second, and far more insidious, is the psychological impact that lowered expectations have on our children. When you rattle of that laundry list of infractions that would indicate failure on the part of your child, what you’re really saying is, “I don’t believe in you.”

Well, there’s a very good chance that your kids have a very good idea of what behavior is acceptable and what is unacceptable. They don’t need you to tell them they’re not supposed to throw a baseball from the backseat towards the driver. They don’t need you to tell them that it is inappropriate to take off their pants and waggle their private parts out the window towards their neighbours. Ok, sometimes maybe they do need that…but the point is that kids know what is right and what is wrong, in the most basic forms.

So rather than discussing potential pitfalls, why not focus on the positives? Instead of telling your kids what not to do, why not expect the very best? Tell your kids that you’re excited about the play date, the car ride, the vacation. Tell them that you are excited to see what they’re going to do and how much fun they’re going to have.

RELATED: Got Kids? We KNOW You Know These 6 Parenting Pains