It just takes one respected peer to say “boys don’t wear pink” and all bets are off. 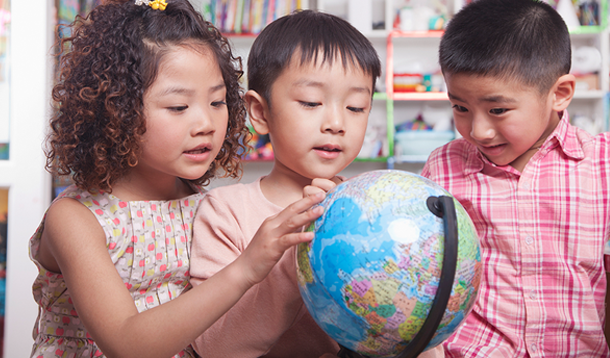 “Pink is for girls.”

This is what my five-year-old son said at the library the other day when we were playing with these really cool kids chairs. He informed a mother who was playing with her little girl that, “she could have this chair because it was pink and pink is for girls.”

This is not something that my son has learned from me. We’ve never stated that particular colours, vocations, or activities are only for girls and, when asked, have always insisted that gender need not play a role in these choices.

So why does my son participate in rules surrounding typical gender roles? Well, for starters he goes to school. At school, he interacts with many kids who tell him constantly that pink is for girls and girls can’t do this and this is for boys only. The real problem with this is that peer pressure at every level is an incredibly real and pervasive idea. Even in our family’s case where I’ve been at home with the kids for six years, trying to institute a system of beliefs and values, it just takes one respected peer to say “boys don’t wear pink” and all bets are off.

Recently our school participated in pink shirt day, a day to stop bullying in schools. I’m a little bit torn on how I feel about the day. I think that the intent is good, but it also brings forward a number of problems.

First, it seems to really encourage the idea that on THIS day, this ONE day, it would be acceptable for a boy to wear a pink shirt. There’s very little discussion around the idea that this would be acceptable on a regular basis. Second, when our group of primary- to grade two kids that walk to school together organized in the morning, not everyone was wearing a pink shirt. Several kids were upset that they weren’t wearing pink and became concerned that they weren’t going to fit in because they weren’t wearing pink.

Third, there are now many pink shirts that are produced just for this particular day with an emerging market for bullying-related apparel. That is not a problem, but the message from some of the shirts seems to be a little bit confusing.

Will I send my son to school wearing a pink shirt on pink shirt day? Sure, if he wants to. But also insisting that a child wear a certain colour shirt to school can be a little counterproductive to the cause. So instead, I will encourage my son to wear colours that he likes on days that he wants to wear them. I’ll explain that anyone can sit in any colour chair they want, that anyone can wear any colour shirt that they want to and that being touch has nothing to do with being a guy.

This isn’t a condemnation of pink shirt day. I think that its heart is in the right place and I think that it has certainly done some good by calling attention to any issue that needs a hell of a lot of attention. But like Black History Month, I think that not only is it deserving of its own time, it’s deserving of so much more. Bullying should be a regular conversation in schools and in homes. Identity in its various forms and the ideas surrounding them should be regular topics of discussion for all of us, not just during certain times of the year or in certain places.

That day, at the library, I could have shrugged off my sons “pink is for girls” comment easily. Instead, we sat down and we talked about it at length. Now, he’s five, so this is not the end of the conversation, nor should it be.

But I think it’s a start.