Growing Up Sucks, and I'm Not Going to Do It Anymore

This adulting sh*t is for the birds. 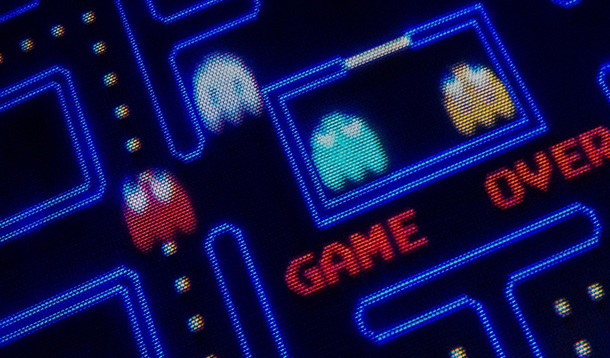 I've found one thing about getting older to be true: the closer to 40 I get, the fewer fucks do I have to invest in life. I mean, I still have so many to give. But only so many. Family, friends, and things that impact my daily life? Abso. Cares about what people who aren't directly related or relatively close friends think? Nope. Can't be arsed. I'm getting old. I'm nearing the peak of the rollercoaster climb, baby, and I fully intend to throw my hands up in the air, laugh, and deafen whoever's unlucky to be sitting next to me with my screams as I ride that bad boy down the drop.

Yeah I'm going to pay bills and work a job, care for my kid, and do the general adult things. But to think that I can't have fun for the next 40+ years? No way. Life is too short.

This is what I tell myself, anyway. My brain, when it's not busy trying to remember what I opened the fridge door for, is still in full denial and thinks its 20. My body, especially after a night of mild debauchery, thinks that it is somewhere around 102.

The truth is probably somewhere between the two. After spending a good long while staring at the barrel of the great existential question, "what the hell are we doing here?", I've decided I still want to enjoy the things 20 year old me did, enjoy life, and I can't be bothered to give the fucks about people who would judge me for it.

That's more or less how I started streaming the video games I've been furtively enjoying in my private life (as I have for decades) about two weeks ago. The fallout from this has been... interesting.

I think that most people go through life never quite cognizant of the fact that when things get tough, the first inclination is to look for an adult to fix shit. The problem is that when you are an adult, as the meme goes, you start looking for an adulty-er adult than you. And in the room of 20-30 year olds, the 38-year-old woman who they know was somehow magically granted dispensation by biology and a willing donator of DNA to parent another human being is king queen Mom. With the capital M.

The adulty-er adult, as it were.

Getting (or maybe acting?) old sucks. I don't want to do it anymore. Someone else can be the adulty-er adult for a while.

I'm going to the gym and working with a hot buff personal trainer dude (I'm married; I'm not dead), lifting weights. I might become 40 years old one day, but I want to be the sort of 40 year old lady who looks like they could kick your ass. I think it could be fun.

I don't hide what I enjoy doing anymore for fear that it's not ladylike or people might think I'm weird. I'm pretty sure I never passed as "normal" anyway.

I've also stopped being so obsessive about shit that doesn't matter. Some days I even go all day without putting on real pants.

Some might call this a midlife crisis. I call this streaking through a life transition after the profound realization that us capable adults are faking the "adult" part a good 90% of the time, and we're bluffing the wise and capable part an uncomfortable amount of time, too. May as well go about it with one finger on an air horn and the other middle finger pointed at the sky. What's the alternative? Bingo night and turning in early to watch 60 Minutes? WOO! Someone stop me.

I'm going to keep holding my husband's hand in public. And then maybe pinch his butt. I'll laugh at gross-out movies, play video games, enjoy pub nights with friends (in moderation, in deference to my lack of 20-year-old metabolism), and sometimes hang out with people 10 years younger than me whose biggest problems are usually fixed by me spotting them a twenty dollar bill.

Of course, the boys still see me as the adulty-er adult. This is how I've ended up giving lectures on the 80s and doing such things answering desperate messages about how to treat diarrhea.

I told my friend, "I am so glad we're close enough friends that you feel like you can share your bowel movements with me." I called him my Number Two. And then I told him to eat bananas, rice, apples, and tea and inquired about his health for the next four days because mom habits die hard.

But I'll always be 20 in my brain enough to crack a joke about it, and that's the way I like it.

RELATED: Here's How to Handle Unwanted Facial Hair Like a Mom Boss