No Matter Your Kid's Behaviour, This Won't Be the Worst Summer Ever

When parenting gets stressful, it’s very important to remember one important thing: it’s all about surfing the waves. 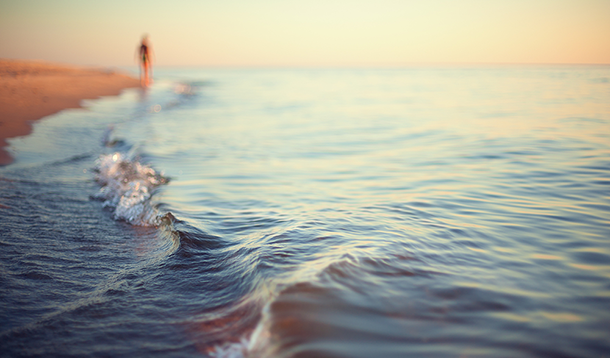 “This is going to be the worst summer ever!”

These are words that were uttered in our house over the weekend. Spoken, directly, to our children in relation to their recent abhorrent behavior. Was this our greatest parenting moment? No. Probably not. Is it the worst thing that a parent has ever said to their child? Ummm…no.

But here’s the big thing: it’s probably not true.

As a parent, you tend to block out things like when they would only sleep in the car, or when they got out of bed 856 times a night, or when they pulled on their penis in the bathtub like they were trying to start an old rusty lawnmower and you had to Google “Can you rip it off?”

You forget the time you glued her eye shut, or the time he pooped on the floor in plain sight of your dinner guests, or the time he threw up in the car in a tiny soup bowl you stole from superstore and then either gave it to his baby sister or dumped it in the trunk (we’re still not sure).

In all of this, we’ve found that it’s very important to remember one important thing: it’s all about surfing the waves.

It may not be this for every parent, but we’ve noticed that bad behavior (yes, I believe there are bad kids and bad behavior and it’s not just “a child trying to express themselves”) tends to come in cycles. Our son will have an amazing week, maybe two, and then a couple of spiraling-into-darkness days. Then he’ll pull out of it for a bit and be wonderful and amazing. Then we’ll have a week of screaming and followed by a couple of weeks of joy followed by the weekend for hell.

There is an ebb and flow to behavior. And recognizing this has really changed the way we parent (or at least the way we try to parent).

We’ve started to take a step back and ask ourselves a few questions when we see behavior head south. Here’s our checklist:

That last one is a loaded question.

I’m a firm believer that telling people that their child’s behavior is “normal” or “not that bad” deserves, at the bare minimum, a firm emoji or a disapproving GIF. Nothing is “normal” and you’re not in a position to tell anyone that it’s “not that bad.” My personal favorite pet peeve someone tells me that their niece or nephew or dog “went through the same thing.”

Life is not harder as a parent, but if you don’t understand that it’s difficult, please toddle off.

I do believe that it’s important to try to have some perspective. Are they mimicking something they see at school - or worse, home? Are you tired? And is it the end of the world?

The other day, while at a family cottage, I bumped into a table and knocked over and broke an old vase/pitcher, which I late learned was the only thing that my wife’s grandmother has ever actually made. I did it because I was mad and wasn’t paying attention. And here’s the thing: no one yelled at me. No one told me I was bad. I didn’t even get sent to my room.

By looking at our child’s behavior as a series of waves, crashing on a beautiful (and sometimes terrible) beach, we gain something that is paramount in parenting: perspective. It allows us to take a step back, recognize patterns and try to figure out how to ride those waves out.