Knowing how to swim doesn't mean they're safe from water accidents. 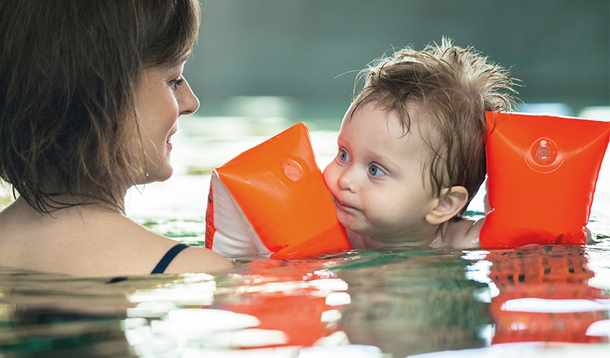 When my boys were much, much younger, I spent $1,800 on swimming lessons in one year. We spent that much because both of those boys hated to put their faces in the water, and not putting your face in the water makes learning how to swim a little difficult. They stayed at that first level for the entire year.

I bought them each swimming goggles, and not just the kind that cover eyes – these were full-on scuba masks. The swimming teacher was NOT happy with me. She told me in no uncertain terms that wearing the mask would be detrimental to their swimming lessons. Her reasoning was that if they were ever in a situation where they accidentally fell in the water, they wouldn’t have masks on and could possibly drown because they weren’t used to swimming without them.

Fair enough. But I still held my ground.

At this point, I just wanted my kids to have fun and feel comfortable and confident around the water instead of afraid. If goggles were going to help, then they were wearing them. And it did help. That year, they both went up two levels and had a newfound confidence in the water.

Like many parents, I felt a sense of relief knowing my kids could swim. Now there’s a new study out by the Canadian Paediatric Society that shows there is no evidence swimming lessons prevents drowning for toddlers, and, in fact, it can create a false sense of security in parents, something I know about since my younger son almost drowned in front of me at a pool party while I was a mere ten feet away.

When I was training for a triathlon, I swam hundreds of laps in a pool, then graduated to open water swimming at a nearby lake. My first triathlon was no problem; I conquered the swim and went on to cycle, run, and cross the finish line.

My second triathlon, however, was a different story. The start was crowded, the gun went off and 50 of us went running into the water. About 200 feet in, I got kicked in the face which caused me to swallow water. I went into full on panic mode. I remember struggling to catch my breath, my arms flailing, trying to grab onto something solid but there was nothing solid around, only water. The more I struggled, the more my head went under.

I was a grown adult wearing a buoyant wetsuit and had trained lifeguards in boats only seconds away. In only a few seconds, I went from confident swimmer to what felt like almost drowning. Thankfully, the vigilant lifeguards spotted me, came over quickly, and hauled my ass into the boat.

And I think this is the most important takeaway from the study:

“Although it may be possible to teach young infants basic motor skills for water, infants cannot be expected to learn the elements of water safety or to react appropriately in emergencies.”

If a grown adult like me, who knows how to swim, went into panic mode in a water emergency, what do you think the chances are that your young kids are going to know what to do? That they are going to be able to control their fear enough to think rationally?

No matter how strong their swimming skills, chances are that they won’t.

So, put your kids in swimming lessons. Playing in the water is fun for the whole family. Just don’t let it give you the false sense of security that they will know what to do in an emergency situation.

And never, ever take your eyes off them for one second.

RELATED: You Need to Know About "Dry Drowning" BEFORE Your Kids Hit the Pool