Night Training My Son is Like Being in Weekend at Bernie's

When a kid sleeps like the dead, urine big trouble on the bed-wetting front. 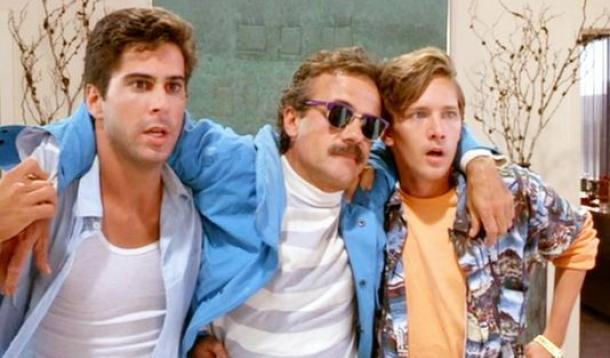 My son makes urine like it is his job. His job. Currently, my wife and I are attempting to night train my son with some amusing and relatively unsuccessful results.

Our son is a beaver. He’s not a real beaver - he’s a member of the Scouts Canada organization. My wife is a long-standing member of the Girl Guide community and so she was adamant that our son should join a similar program. I did NOT do Scouts growing up and was always more of a sports guy, but it seemed like a really great program, and so far, we’ve not been disappointed.

But at some point, relatively soon, there’s an overnight. And our son is still in pull-ups.

I’m not going to lie. I don’t think that before I became a dad I understood all the things that we would have to do for our children. I got the basics. Give milk. Change diaper. Rinse. Repeat. But apparently, I must have thought: “Okay, now he’s 3 and we can release him into the wild.”

We’re the only species that does this. Really, when you think about it, we’re kind of the worst. Can you imagine a 19-year-old bear living with his bear parents, refusing to get a job or go to school because, “To hell with the bear establishment. I want to be a bear artist”? Or can you imagine a 13-year-old fish just swimming around in circles asking her fish parents if it’s time to go to the playground yet?

No, you can’t. But here I am, trying to figure out how to make a kid in grade one sleep the night without flooding his bed with urine.

Here’s how we got here:

First, my son does NOT drink enough water during the day. Getting him to stand still long enough to drink is a challenge. Figuring out where the hell he left his water is a damned mystery. Because he doesn’t drink enough water during the day (which he spends basically vibrating at the same speed as the X-men character Quicksilver trying to break the glass in Magneto’s prison cell), when it comes time for him to sit down and read for bed, he wants to drink ALL the water that exists.

Second, my son is a very deep sleeper. When he DOES decide to sleep, best of luck trying to wake him. When a normal human’s body says, “Hey dude… wake up… you’re going to piss yourself,” my son sleeps like the dead.

It’s AWESOME that we can make a bunch of noise without fear of waking him. But as you can see, it has its downsides.

So, here’s our routine. Every night, between 10-11PM, I go into my son’s room and basically karate chop him awake. I then Weekend at Bernie’s-style drag him from his bed into the bathroom. He then pulls down all the necessary clothing components, sits down on the toilet, and basically goes back to sleep. He will SOMETIMES pee at this point, and sometimes not.

Then the fun part.

We keep a water bottle in my son’s room because he is a very thirsty kid. So rather than going in every 17 seconds to give him a drink of water, we just put a water bottle in there and let him fend for himself.

So, last week, after dragging him into the washroom for a 10:47 PM bathroom visit and then leading him back into the room carefully (as he almost bumped into every obstacle in his path), I tucked him in and started to walk out of the room. As I started to close the door, I saw him sit up in bed. I walked back in and tried to calm him down, assuming he was just a little confused.

And that’s when I realized that every night, after we’ve emptied his bladder midway through the night to night train him, he’s been filling his bladder back up on his triumphant return to bed.

Which is why, every morning, we’re still left with a sopping wet pull-up.

So here we are. Our son wears a pull-up with no conceivable end in sight. He’s figured out how to sneak water back into his body seconds after we’ve emptied it. And on most days, I don’t feel like we’re any closer to being night trained than we were a month ago.

RELATED: 7 Tips to Support Your Child Through a Bedwetting Phase