My Kindergartener Went to School With a Liquor Bottle

And the award for World’s Worst Mother goes to….. 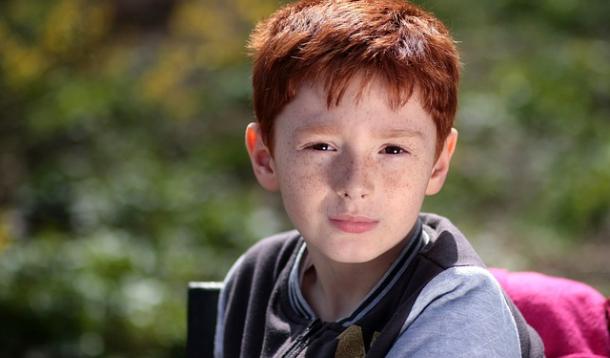 My first mistake was taking my son with me to the liquor store.

I know, I know. Judge me if you must, but with a five-year-old and a two-year-old at home, a husband who works six days of week, and me with a part-time job, wine was needed - and my only opportunity was with this inquisitive five-year-old in tow.

Like most kids his age, he is interested in things that are either really big or really small.

Which is why, I suppose, that when we got in line to pay, he couldn’t keep his eyes off the tiny bottles of liquor displayed at the checkout.

Him: “Mom, can I have one of those?” pointing at a little bottle of whiskey.

Me, being a responsible adult:  “No, that’s for adults.”

This went on the entire time we were in line. And that was quite a while, because apparently I wasn’t the only mother in desperate need of a bottle of wine.

Finally, my patience was at its end and I snapped at him. “Nonno and Nonna have a tonne of those little bottles at their place. Why don’t you ask them the next time you’re there?”

And it my head, that was the end of it. He’s five and doesn’t remember to feed his goldfish or to flush a toilet. Why would he remember to ask his grandparents for a liquor bottle two weeks from now?

Making that assumption was my second mistake.

They washed out a bottle and gave it to him.

And guess who had no idea?

If you guess his wine-drinking mother, you just won a prize.

Because what happened next is the following day I went to work and because I took my youngest to daycare, it was my husband who got my son ready for school that morning. And when my son asked if he could take his uber-cute teeny, tiny liquor bottle to school, his dad was all, “Sure, why not?” *shrugs shoulders*

You can only imagine my surprise when I called home to check my voicemail later in the day and I heard:

“Hi, Mrs. DeVellis. It’s Miss L. Ummmm…. as a kindergarten teacher I never thought I would have to make a call like this, but I had to confiscate a small liquor bottle from your son. He was in the cubby area pretending to drink it and saying, “Look, I’m drinking alcohol and not even getting drunk.”

At this point I had tears running down my face from laughing so hard, but I guess it looked like I was crying hysterically because my employer thought somebody had died.

My first phone call was to my husband. He wasn’t there, so I left a message with his business partner along the lines of: “Can you please just ask him WHAT THE HELL HE WAS THINKING?”

I packed up my briefcase and made the short drive to my son’s school, which is the adult equivalent to the walk of shame.

Thankfully, his teacher had a good sense of humour and the moment I walked in and said, “I swear to god, there is a simple explanation for this” she burst out laughing.

I ordered my "World’s Worst Mom" sash that day.

RELATED: How to Remove Superglue From a Child’s Eye