“I Have a Large Vagina!” and Other Things You'll Hear as a Parent

How does one really answer a question in this age? 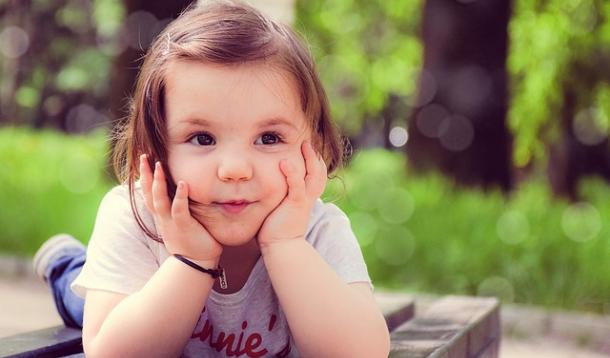 A couple of weeks ago, my daughter, age two, decided that she wanted to go see her brother, age five, swim at his weekly class. The deck at our local pool is small, so you’re basically stuffed in with all the other parents like a can of sardines.

At one point my daughter mumbled something and I asked her to repeat herself because I hadn’t heard her.

“I have a large vagina!” she yelled.

We’re open with our kids when it comes to anatomy and sexuality. They know that boys have penises and girls have vaginas… usually.

One day, I was driving around I was driving around the city with the kids in the back seat, returning home from a birthday party-bowling excursion. The kids were having a good time chatting away in the back seat when they began arguing. I listened in and learned that my daughter had insisted that she was a little boy, and my son was arguing vehemently that this was not possible.

“Dad, can girls turn into boys?”

In response, I turned up the radio.

Honestly, I wasn’t prepared to answer the question. I didn’t know if “yes” was a correct answer. I mean, it depends on if you determine boy versus girl based on anatomy or identity. In the case of the latter, it’s not a change of gender because they ARE the gender that they identify as. So, no. But also, yes if you are thinking about anatomy.

This thread took place solely in my head as I tried to figure out the best way to explain things to the kids.

I love being able to explain things to the kids. I think that one of the real joys of parenting is when you get to see the look on a child’s face when they discover something new.

But one of the things I’ve come to think about lately - especially given the times we live in, where we are learning to define things much more fluidly than we have in previous generations - is how can you really answer a question like that?

A few seconds later, the question was repeated with more urgency. I turned down the radio, took a deep breath, a slight pause, and answered.

“Sometimes boys can become girls and sometimes girls can become boys. That’s probably not what’s happening with your sister. But, yes.”

I looked in the rearview mirror and saw a look of contemplative confusion on my son’s face and a look that simply said, “See…told you so…” on my daughter’s face. I waited for more questions, and, receiving none, turned up the music as we drove on.

When I was eight, I told my mom, during supper, that I thought I was gay. After recovering from nearly choking on her dinner, my mom asked me calmly and rationally why I thought that. I told her it was because I liked playing with boys more than I liked playing with girls. She told me that didn’t really have much to do with being gay, and that if I still felt that way when I was 15, that we should probably talk again.

The thing I really learned from all of this is that I don’t have all the answers.

I don’t even usually know what the questions are going to be.

I also think these questions are probably going to get even harder.