If you see a vampire today, punch him in the throat for me. 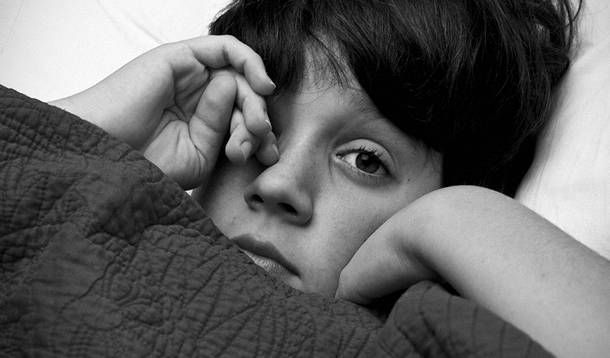 Not from school, not from housework, not even from all the grade seven math homework that’s been coming home. It’s my son. He hasn’t slept a full night in over three weeks and I’m having post-traumatic stress disorder flare-ups and flashbacks from his babyhood, when his daily sleep could only be measured on an atomic clock.

He inadvertently watched a horror movie trailer on TV. It was at a friend’s house, and entirely by accident. And it was on the cartoon channel. Whatever the cause, what it means now is that I am likely to never sleep more than 3 hours a night ever again.

The first night that he couldn’t sleep, he tried to explain to me what it was that was keeping him awake. He referred to the monsters as “vampires.” Based on his descriptions of their appearance and behaviour, I corrected him, saying that they actually sounded much more like chimeras, or zombies, or some species of shape-shifters even.

I thought I was on to something because the crying stopped and was replaced by wide-eyed wonder, so I continued.

Besides, even if they were vampires, he understood that when they came in at night they were just there to bite him right? I mean, it’s not like he was going to die, or anything.

SO CAN WE ALL JUST GET TO SLEEP NOW?

He didn’t seem comforted by my reassurances.

So here we are, post-viewing week two, and we have implemented a new bedtime routine which essentially goes like this:

Then I’ll wake up when poked in the throat to take apart two bricks stuck together with dried chocolate milk. I’ll tuck him into bed with promises, bribes, and deals of any means necessary to get him to “Please, for the love of sweet Jesus just stay in your own bed for the night!”

The promise of a new Lego set wasn’t even doing the trick. So I’ve upped the ante.

Tomorrow he gets to drive to the car to school.

RELATED: Are Your Nights a Nightmare?