What I've Learned About Balancing Expectations and Good Behaviour

This might be as good as it gets. For now. 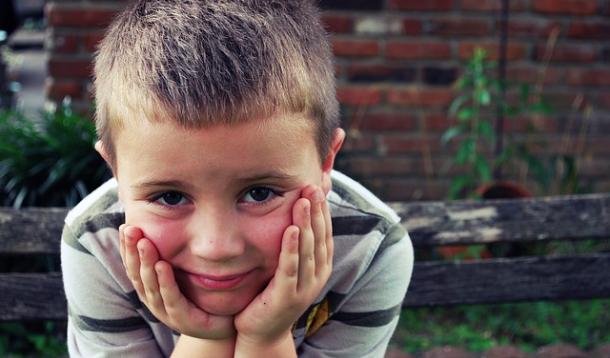 My son has had a bit of a rough go with school.

On the one hand, he truly loves school. Truly. He loves his classmates, he loves his teacher and he loves classes. He’s excited every single day to go to school. But unfortunately, my son also enjoys punching people in the stomach.

So lately, when I ask my son if he had a good day, he tells me, “I had a great day. I didn’t have to go to the principal’s office at all.”

We’re trying to set the bar a little higher than that. At the same time, we’re trying to reconcile ourselves with the idea that this might be as good as it gets. For now.

Our son is typically not the one who instigates things. He’s a lover, not a fighter. But while he doesn’t start most things, he certainly finishes things. What really happens is that he doesn’t know when to stop. He’s playing, he’s play-fighting, he’s fighting. Other kids tend to stop after that second stage, but not my boy. My boy is no quitter.

Telling my son to behave, meaning in the near future, is a bad idea. We’ve read a book (or a dozen) about how to manage kids, but one of the most interesting ones talked about the concept of setting up failure.

Basically, when we say to our son “don’t hit any kids in the face today,” we’re putting the idea in his head that hitting a kid in the face is an option.

So, we’re left with a conundrum. We need to do the following things:

It’s not a simple process.

Is what we’re doing working? I don’t know. We’ve had less trips to the principal’s office, and I haven’t had a call from the school in a few weeks. Of course, we haven’t really had school in a couple weeks due to ear infections, end-of-days worthy snowstorms, teacher’s strikes, and holidays.

But tomorrow that all changes.

I’m excited to hear how his day goes. And when he says, “Today was a great day because I didn’t have to go to the principal’s office once,” I’ll be super sad… and very happy… all at the same time.

RELATED: I’m Okay With My Kids Hitting a Schoolyard Bully