How to Remove Superglue From a Child’s Eye 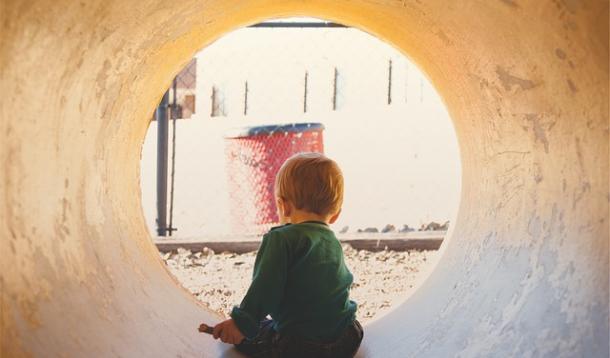 “Will my wife be: a) mad that I super glued my 2 year-old daughter’s eye shut or; b) glad that I fixed it?”

That’s the tweet that I posted around noon on a Thursday a few months back. The response on Twitter was swift and decisive: “How in the hell did you super glue your daughter’s eye shut?”

KIDDING, obviously. My son had broken one of those stupid hopping spring toys that Canadian Tire puts at the cash along with that tree of sugar filled lollipops because they don’t like parents, and despite the fact that I had repeatedly told him that if he ripped the head off of the toy that was it for the toy, he now expected me to fix it. In the cupboard, far away from where any child could possibly reach it, was a very small, almost Lilliputian-sized tube of super glue. The problem was that it was old. So when I tried to squeeze the tube to get a little bit out, the entire tube exploded.

Now, the kids were pretty far behind me, but the angle was such that my son started rubbing his shirt and making noises that suggested he was now covered in super glue. But that’s not a big deal. Right? It was just a shirt. My daughter on the other hand, began rubbing her eye. THIS was a big deal.

I rushed my daughter into the bathroom and began trying to flush her eye out. My chief concern was that the glue would damage the eye itself but luckily it hadn’t actually made it to the eye because what I had in fact done was glue my daughter’s beautiful and rich upper eyelashes to her dainty lower eyelashes. I eventually figured out that there was no way the water was going to help (except to clean out the eye, which is of course awesome) and that’s when I realized that what I needed to do was pull apart her eyelashes. So I did. And she took it like a champ.

Upon opening my daughter’s eye, I realized that the major concern was vision. So I started asking her questions. “How many fingers am I holding up? What colour is this towel.” My son thought it was a competition.

Me - “How many fingers am I holding up?”

She answered a couple of questions and once my son figured out that this was serious and that I needed some answers from her, he decided to help.

I had to laugh at that one. Luckily by this point I realized that my daughter could see so I also laughed while still trying to get my son to be quiet and give us some space. I threw my daughter in the tub because I still had a lot of glue to get out of her eyelashes. So I put her in the tub and then my daughter allowed me to take a small bowl of water splash her in the OPEN eye, not once, not twice, but FIVE times until all the glue was off. She really is a champ sometimes.

Here’s the thing. This was very dangerous and very serious. A hazardous chemical was millimeters from my daughter’s eye. She could have gone blind. But she didn’t, which is great. And it kind of puts things in perspective when she bumps her head or lands on her arse because she REFUSES to sit at the table properly. I spend a solid portion of my day telling my kids that everything in the world is dangerous. My father in law warns everyone he knows about black ice, leaves on the road, animals, dusk…and I always think he’s being a little silly (although each of those things has almost killed me). But I am so concerned that my kids will get hit in the head with a pebble and die or he’ll stab himself in the trachea with a popsicle stick and spend the rest of his life trying to shake off the unfortunate moniker, “Popsicle Throat.”

Accidents happen, and they’re awful. Children get hurt. Sometimes very seriously. But making them use safety scissors and wear a helmet until they’re 23 doesn’t help. I know that we’re all incredibly concerned with allergies (I’ve been hospitalized three times with anaphylactic reactions) but there are many who believe that our constant sterilization of our environments are one of the chief causes. We never have to deal with germs and our bodies fail to develop anything to deal with… pretty much anything as a result.

Also, one of the major causes of physical injuries in sports (trust me, I know this. I’ve had a baker’s dozen of concussions) is not recklessness, but cautiousness. My major injuries, including a torn meniscus, a dislocated shoulder and separated vertebrae in my neck which led to temporary paralysis and a SUPER fun neck twitch, didn’t come from me going out on a limb. When we are afraid, we rarely put ourselves in a position of strength and our bodies become more susceptible to trauma.

Watching my son and daughter fall off of things that I know I could have stopped them from falling off of is the hardest thing I’ve had to do as a parent. We want, we YEARN, to protect our children and so the idea of letting them fall when we don’t have to is TERRIBLE. It makes you feel awful. I don’t like it when my kid cries. (Ok, I like it a little because then they just want me to hold them and the rest of the time they’re mostly just trying to murder me.) But you’re not always going to be there to catch your kid. I’ve watched my son climb a metal ladder and thought the whole way up, “yup…he’s definitely going to break his arm. This is the moment that he breaks his first bone.”

And he might. Your kid might break their arm. They might break their leg. They’ll possibly have to wear a pirate eye patch because you super glued their eye shut and now they’re going to be called Pirate Girl for the rest of their life and have to steal other people’s profile pics to put up on Tinder because who’s going to date a pirate. But probably not. Probably they’ll have a cool story to tell. More likely than not, they’re going to be fine. YOU might not be that tough, but your kid is a hell of a lot more resilient than you give them credit for.

But don’t use super glue around your kids.

RELATED: How Can I Be a Free-Range Mom When I'm Afraid To Let Go?