I was using my words, but not the right ones 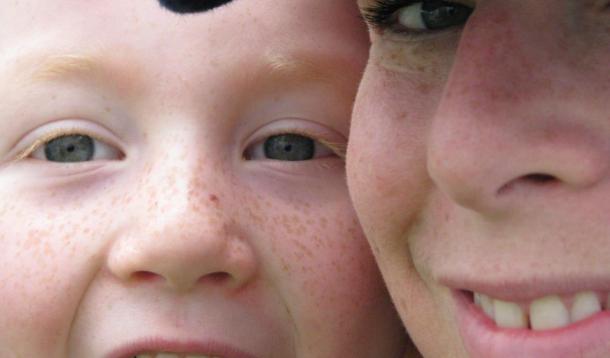 It was the crying that got me.

Several weeks ago now – that’s how long it has taken me to come ‘round to writing this piece –I’d been downstairs, puttering, and hadn’t heard my sons talking, long after lights out. By the time I DID hear something and headed upstairs to investigate, they were a sobbing mess of snot and rolls of toilet paper, pilfered from the linen closet. The gist of it: My gorgeous second-born, Luke, was having some existential angst and feeling left out of...well, life, really.

“I just feel like I’m on the edge of everything and I’m lonely!” he wailed to his brother Matt, who was frantically shushing from the top bunk, in tears himself as he fumbled about, praising the brother he’d happily sell most days. Touched by the moment and impressed by the poetry of Luke’s words, I eased open the door, slipped into the darkened room and crossed to them, reaching out to hold two hands at once: one up, one down.

“Wow, Boog. Seems like you’ve got a lot on your heart tonight. Wanna talk to me about it?”

“NO! You’re just gonna tell me how much you love me and how it’s all in my head and how I need to suck it up and to make friends I need to be one and to stop being a martyr, which is stupid, Mummy, because I don’t even know what that is and how sulking doesn’t solve anything even when I’m NOT sulking, you just THINK I am, when really, I’m just mad but I’m thinking and I need a quiet spot to be mad for a minute but you NEVER LET ME FINISH WHAT I’M FEELING...”

He broke off to hurl his already tear-stained face into the pillow and sob out loud, that gut-wrenching, angst-filled, heart-breaking kind of sobbing. For a moment I was simply stunned by the ferocity of his feelings, right before I felt my own rise up: part frustration, part hopelessness, part guilt.

“Luke!” I roared, “You aren’t listening to what Matt’s saying to you. He’s TRYING to tell you wonderful things about yourself and you’re not hearing him. It’s just that you’re so...”

“I KNOW! I KNOW THAT I’M A NEGATIVE PERSON – you say it all the time! I KNOW WHAT YOU’RE GONNA SAY, so DON’T!”

“Luke,” I whispered, shocked and shaken, “I’ve never said you’re a negative person! I don’t know how you get that...”

A huge sigh from my weary love:

“Mummy! You introduce me as your curmudgeon child. You tell people that I don’t like people. You nicknamed me Grouchy McGroucherson. Even if you don’t use those exact words, that’s the feeling I get when you talk about me.”

He was right. Every single word – even the ones I’ve never actually said – clanged with truth.

I DO introduce him as my “curmudgeon child”, with an ironic smile for a fellow parent, who hears the affection behind it. But all LUKE hears is the exasperation...and condemnation. I DO tell people that he doesn’t like people much, but what I mean is that he’s selective and a little bit shy and I don’t want THEM to feel slighted. For all of his eight years, I’ve been verbally throwing him under the bus, time and time and time again.

How could I have DONE that?

I felt deep, black, suffocating shame fill me, as I sat clutching his hand in the dark.

What kind of mother DOES that? Me. I’m the kind of mother who does that. Did that.  What a hard, awful truth to have to say out loud to one’s children. But I did. I also admitted, through my own tears, that I hadn’t realized how I’d built him into someone he’s not, by choosing all the wrong words. How desperately I wished he could see how my heart feels about who he really is and how beautifully he completes our family, filling in our empty spaces with humour and light, not negativity.

After awhile, the boys stopped sniffling and lay quietly in the dark as I spun story after story of all the moments I’d been selfishly hoarding in my own heart, without thought to his need to know himself through its lens.

Long into the night I described big and small moments when he has taken my breath away with a keen observation, a witty comment, or a hilarious impression. Moments that made me weep in gratitude for his gentle heart, like that time he held his hand out to a younger child, pressed a kiss to her head when he thought no one was looking and then played with her for ages, because he could.

How could I not have given him these moments?

Finally, I asked Luke to forgive me for casting him into a role that wasn’t his, undone by the knowledge that had he not had the courage to holler his own truth at me, I’d have had him living a lie forever.

With a sigh, he turned his gaze to mine, eyes half-hidden in the shadows, while I waited, barely breathing.

“I forgive you, Mummy. Thank you for telling me nice things. I like being the Luke in your heart more than the Luke your words grew.”

This is my Luke. He’s a poet and a teller of truth and one of the wisest people I’ve ever known.

May his mother’s words grow him strong and proud and happy.

RELATED: The Day My Daughter No Longer Turned to Look for Me

Category:
Kids
Tags:
tweens
self esteem
negative talk
how we talk about our kids

Liz is 46, and isn't sure how that happened, exactly. She is raising two amazing humans, and isn't entirely sure about that, either, but is mostly loving it. And them. And coffee