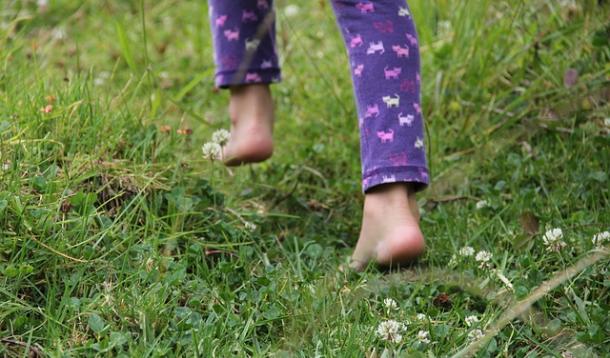 It happens at the park, I’ll hear it at a party, on vacation, sometimes even someone I don’t know at my daughter’s school will utter it, those three grating words that make my stomach turn, my hands want to coil into fists, and my brain poised to come up with the most hateful, sarcastic response. But I never do. I just smile and give them my party line, delivered smilingly, honed through the years to sound spontaneous, easygoing and laidback, yet still deflect the true source of the question.

“Just? Ha ha. Oh believe me, my daughter is not ‘just” anything.”

From there, we’re both laughing, words like handful and character getting thrown around jokingly, as the raging need to say what I’m really thinking subsides and I remind myself it’s an innocent comment, a version of small talk. They were only trying to make conversation.

Ooh, but if I could say what I wanted to, there are so many ways I would let people know what I’m really thinking.

Snarky: Oh my god, you’re right. I totally forgot about my other child. Thanks for reminding me.

Truthful overshare: Yes, just one. We weren’t able to have any others, never able to get pregnant at all again, despite all those hormones and tests and years of trying. Doctors never figured out why not even IVF worked. **Insert dramatic sigh**

Defensive: Just? Seriously? You think having one is a cakewalk? You try being your kid’s constant source of entertainment. Playing princess and Lego and Xbox and Minecraft until you think your head might explode. You try having to be on ALL. THE. TIME.

Angry: Don’t look at me like that. My daughter is amazing. She’s not just anything except fabulous. Smart and funny and independent and kind. She’s this incredible miraculous gift that I wake up every morning being grateful for.

Sad: Yes, just one. Sometimes I look at people with their big beautiful families, and my throat starts to close up, and I feel the tears coming on, because even though I have moved past the pain of infertility, I feel so incredibly guilty that I couldn’t give my daughter a sibling. I worry that she’s lonely, that she’ll grow up selfish or narcissistic or awkward like people say only children are. Yes, I constantly worry about her, and I worry about that worrying, that she’ll feel that pressure, and do everything she can to get away from me.

Philosophical: Yes, I’m not a particularly spiritual person but I’ve come to believe things happen for a reason. And I’ve made my piece with it. Mostly.

But I never say those things out loud, and I most likely never will, because sometimes that’s too much even for me. But yes, I have just one. One beautiful, intelligent, caring, hilarious, talented, spunky nine-year-old daughter who I adore, and that makes me the luckiest mother in the world.