Relax! It’s Okay for Your Kids to be Mad at You

“We don’t want him to be mad at us” will give the child all the power. 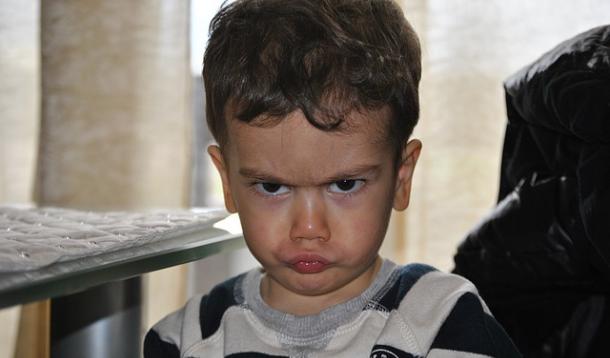 Early in my career as a therapist, I worked with a lovely but troubled young family from Maryland. These were parents of an 8 year-old child who struggled with his mood, often having emotional ‘melt-downs’ at school and home that involved severe tantrums and oppositional behavior. One evening when they came to see me, the boy was wearing a T-Shirt that boldly read: “My Family is Afraid of Me.” Funny enough in a tongue in cheek sort of way. But for this family it spoke volumes about the cause of their issues. This was a trio where the power dynamics were consistently in favor of the child. Every effort was made by the boy’s parents to avoid his becoming upset, angry, or disliking the outcome of something, even if that meant never saying the word “no” to him. When I gently confronted his parents about this, their response was simple enough: “We don’t want him to be mad at us.”

As a therapist I work with a lot of concerned parents. But as a mother, I also hear from a lot of worrisome parents in my social circles. More and more these days, it seems that parents are becoming increasingly anxious at the prospect of their children “not liking them.” As a result, parents have a greater tendency than before to placate their children beyond what would be considered healthy in order to avoid being seen as the bad guy. And let’s face it: Being the bad guy doesn’t feel great. The problem with avoiding it is that the child may not learn an important life lesson: That it’s ok to be disappointed sometimes and it’s a part of life. In fact, it’s a certainty.

Young children experience the highest level of physical and emotional dependency, and it’s on their caregivers. The attachment patterns established with parents during early childhood form the foundation for how we relate to others as adults. Among other things, a healthy attachment is a relationship in which the parties can express both positive and negative emotions, without feeling a threat to the existence of the underlying bond and relationship. Translation: You can be disappointed in or angry with someone for something, but the love and overall positive regard doesn’t go away. Unhealthy attachment then is the idea that a person’s worth is conditional (whether parent or child) and depends upon the other person’s constant approval or favoring of you.

So how do we handle the uncomfortable feeling that we inevitably experience when our kids are angry with us? Without a doubt, no parent enjoys hearing the words “I hate you!” fly out of their child’s mouth. The solution is accepting that seeing and hearing your child’s healthy disappointment won’t feel great for you, and that’s ok. Doing what’s best as a parent isn’t about feeling great all of the time (if you need a reminder, just think of all those glasses of wine we didn’t drink while expecting!). Try not to take their anger personally; their words, tears, and actions are expressions of their disappointment, not reflections of you as a hateful parent. When they are ready to hear you, let them know that you can see they are upset and that you understand. In doing so, you’re sending them the message that they have the right to feel disappointed. And don’t change your stance.

Being a therapist doesn’t intuitively render me at ease. When I became a mother, I had to learn to become accepting and ultimately calm in seeing my child upset. When my almost 3 year-old son behaves poorly, we dole out age-appropriate consequences. Recently he asked me if he could watch TV one evening just as we were all sitting down to dinner. I repeatedly said “no” despite his increasing agitation. He eventually broke into wailing tears, staring up at me with pleading eyes, red in the face, looking genuinely – pitifully - miserable. It wasn’t pleasant but I stayed the course. Acknowledging and validating his misery led to a speedy recovery, and to sitting down together at our now-cold meal.

At the end of the day, our children aren’t looking to us for friendship or to like them (despite what they may say). They are looking to us for structure and limits, whether they realize it or not. The world at their tender age is confusing without them. They are also looking for guidance on how to navigate an often frustrating and unpredictable world, in which they will learn sooner or later that we don’t always get what we want. Help them understand this and cope with it early on. Teach them that expressing the appropriate emotion, in the right amount, and at the right time is important and won’t threaten a loving relationship that is a healthy one. As a parent, do what you think is best – not what feels best - and don’t worry if your child gets angry with you for it. Let them. Believe me, they’ll get over it. When they’re old enough, they might even thank you for it.

RELATED: Motherhood Made Me Angry

Category:
Kids
Tags:
emotions
kids being mad
is it OK for kids to be angry at me
kids who are angry
how to handle angry children