Why We Are a One and DONE Family

Cancer changed our plans, but it didn't derail our family 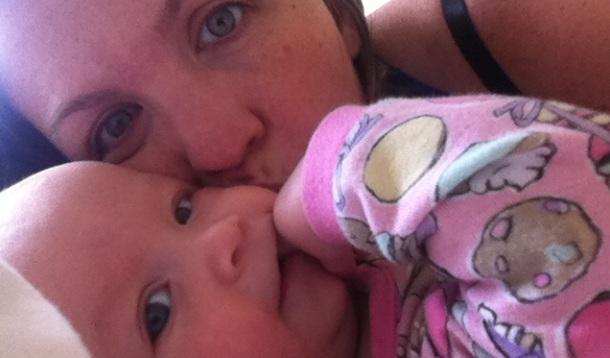 I never thought I would ever think about my fertility and mourn. I had always assumed that I would have two children and wouldn’t need to try. Growing up, I would say that two was my max. Two was my ideal. One boy, one girl. There were days that I would insist that twins were the way to go. One pregnancy and two babies. Easy peasy, right?  This thought was before I became pregnant with Charlie. J and I actually high-fived in the ultrasound room when the technician told us it was a single baby. I’m serious. We slapped palms.

My beautiful and darling Charlie gave me one hell of a time while I was pregnant with her. If anyone claims to have had a bad pregnancy, triple it and that’s how mine was. I’m not bragging, just stating a fact. You know how morning sickness tends to end after the first trimester? I was best friends with our toilet until month ten. Oh, did I forget to mention that I was pregnant for 41 weeks? Ten months. By month seven I was wearing a back brace, ripping through pants almost weekly, and getting J to tie my shoelaces. So, while I was pregnant, it’s not a shock to learn that I suddenly felt that one baby would be enough. Who knew that my opinion on that would change so quickly not too long afterwards.

When you’re in your child bearing years and have cancer, your oncology surgeon does try her best to preserve your fertility. We were told that if I didn’t receive a hysterectomy during my staging session, I would absolutely need to have one within five to ten years. I would have no chance of going into menopause naturally. I think in some cases they give you time to preserve your eggs but we were not given the option nor the time. My surgery was planned so quickly that I barely had time to process everything.  It would have been nice to consider it though.

When I found out about maybe having no more children, I forgot all about how uncomfortable I was just a few months prior. My mind was focused on having another. I had a plan. J and I would try to get pregnant right away and if it didn’t happen within two years, I would have the hysterectomy then. I wanted another baby so badly that I was willing to jeopardize my own health. The decision, though, wasn’t mine to make. Even if I had somehow gotten pregnant before my surgery, it wouldn’t have prevented the hysterectomy from happening that day.

I know what you’re thinking: I am blessed with a beautiful baby and I should focus on her. You’re absolutely right. I count my blessings each day that we have Charlie. I still need to mourn for what will never be though. Infertility isn’t black and white. I cry for the baby that will never be. I cry that Charlie will never have a sister or brother. I cry that J will only have one baby. I cry that I will never again experience a baby hiccuping and kicking inside of me. I cry that I didn’t savour each drop of pregnancy and instead loathed it.

Charlie is helping my heart heal. Each day I get to watch her crawl, giggle when I blow on her belly, clap her hands, hold my finger as she falls asleep, and it makes me so grateful for her. My infertility will always be something I think about but each day with Charlie makes it easier to live with.

This post was first published on Mommy First, Cancer Second

Navigating motherhood and chemotherapy with a smile on my face.