Making the Most of Bedtime Story Time

Create the story with your kids 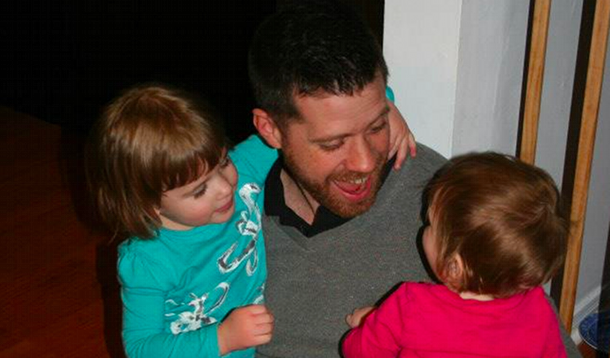 Bedtime stories are one of the most universal parent/child bonding times and also one of the most important. Whether it happens before bed or at some other point during the day or week, we attribute a lot of our childrens’ creativity to story time.

While reading your childs favourite story over and over again can be fun for the child, it can be torture for the parent. I love the Berenstein Bears—I really do—but if I read about their experience with Too Much Television one more time, I’m going to have to very seriously consider holding a backyard book burning.

When our stories got too repetitive, we found a way to shake bedtime story up a bit and all it took was a set of story prompt cards that my wife gave me for Christmas. It started with me holding up a card for my oldest daughter and letting her describe the robot in the story prompt picture. She, being a kid, and kids being the most creative form of human, was able to talk about a fish-shaped robot for minutes at a time.

So we extended the story. We went from having her describe the robot to putting the robot in a situation we could make up a story about.

“Daddy, the robot is new at school and likes to race other robots at recess,” she told me as she started off what would be become one of many of our own family bedtime stories. “And he loses a lot of them but then gets speedy and wins.”

Since then, we’ve not looked back and now create a Reynolds Family Tiny Tale every week. Her imagination has no end so we have stories titled The Dinosaur Pee Camp, The Giant Who Loved Hopscotch, and Tommy the Donut Eating T-Rex. There are also stories about birds, sandwiches, pirates, dragons, rabbits and many more about robots.

How it works for us now is that we pick a general character:

"What do you want to tell a story about Leah?”

“A goat with a chin whisker so long he always falls over it.”

Then we put that character into a story:

“And what should that goat be doing?”

“He’s too scared to go on a ride at a circus because he thinks his chin whisker will get caught in the ride.”

Then we come up with a lesson:

“And what does the goat decide to do?”

“He tucks his chin whisker into his goat hat and goes on the ride because he’ll have to get over his scared at some point.”

Then I take away all those thoughts and turn it into a 500- or so- word story that we share with the world and read at bedtime ourselves.

While I’d love for you to sit down every night and read through our stories, I highly recommend developing some of your own. Even if you only develop and write down one of them, that story is sure to become a special one for your kid because they will remember it came from their own imagination. It’s easy to do and it beats reading Too Much Television for the 235th time.

MIke also blogs at PuzzlingPosts.com and can be found on Twitter @EverydayGirlDad.