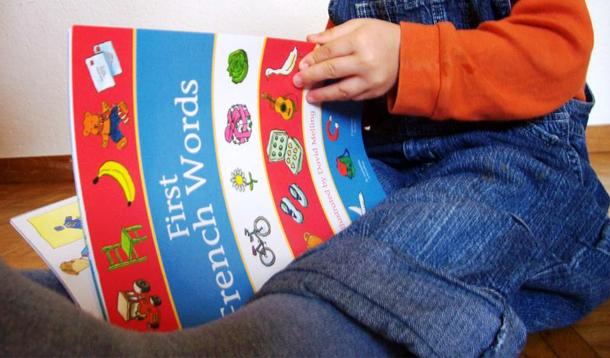 When my husband and I were planning our family, we agreed that I would speak exclusively French to our children and he would do so exclusively in English. Our friends and family reacted to this decision with equal parts encouragement and confusion. Those with experience with multiple languages nodded and said, “Of course you’re doing this. What a shame it would be not to pass on a second language.” Others expressed concern about the likelihood of confusion in a young mind if we followed this course: “But how will they know with whom to speak in which language? Won’t this slow their learning?” These were a few of the questions we faced in the early stages of our children’s lives.

Our children, now aged nine and thirteen, are bilingual. Both speak, read, and write equally well in English and French. There are many families like ours around the country. Nationally 5.8 million Canadians identify as bilingual French/English.1 While the majority is found in Quebec, there are many French/English families spread across the country. Other families introduce their own native languages to their children. Whatever the definition of bilingualism, most experts agree that speaking multiple languages is a bonus and can be started from birth. Research points to learning advantages as well as health benefits for the brain later in life. The research suggests that learning two or more languages simultaneously, and then continuing to speak these throughout life, may delay the onset of Alzheimer’s by several years.2 Bilingual kids are able to differentiate between languages and grammatical structure as young as the toddler years and learning multiple languages at the same time is not a cause for confusion. Though our story is anecdotal, we can vouch that our kids were able to distinguish quite young between English and French, even if they occasionally spoke in mixed sentences.3

From the day they were born, I was committed to speaking only French with them. All lullabies, story time, any cartoons or movies we watched together, playing and even disciplining was in French. Despite my husband having a decent grasp of “kitchen French” (a term he coined to denote common phrases heard around the house), he kept to English when addressing the kids. This is now so ingrained in how we function that to do otherwise would seem awkward.

Although we live in an almost entirely Anglophone community, we’re lucky that French public schools are available nearby and have sent both kids there since junior kindergarten. The teaching is done solely in French until grade four when English is introduced as a subject several times weekly. With the French they hear at school and in our bilingual lives, I’m happy to say our kids are equally comfortable with both languages.

The choice to educate them in French met with the same confusion as our decision to teach both languages from birth had met. We heard the concern from friends and family that they would only understand certain principles since these were communicated in French, and this would limit their future choices for higher education. After meeting with educators, and based on personal experience, we felt comfortable assuring family that our children would excel in their schooling as long as we were committed to working with them. This rings true for children in single language homes as well. French school was not an option when we immigrated to Canada, but I was lucky to grow up in a family that valued language and travel. My brothers and I were provided the opportunity to maintain our French with the use of it at home and frequent visits with family overseas. The decision to send our children to French school means an even greater advantage for them than we had for travel, schooling and work.

Our family developed a system that works for us; while I’m on homework duty 80% of the time, their dad pitches in with math, science, and art projects. It forces the kids to translate more technical jargon to English and we have no worries that English-speaking universities will be closed to them for lack of conceptual understanding.

If you were to peek through the curtains during dinner time you’d find—aside from the hockey equipment and books strewn everywhere—a family sitting around the table caught up in an animated conversation that flies between French and English depending on who has the floor and who is being addressed. It’s become second nature to us; I almost never notice we’re doing it until others point it out. Friends tell us it makes their heads spin watching and listening to the rapid-fire change from one language to another and then back again. The kids address me in French and their father in English, so relaying schoolyard tales requires dexterity and facility with words. This richness of language extends to other aspects for both kids. They happily dive into books in either language, engage people in conversation with confidence, and are resourceful when telling a story.

The same scenario plays out with my extended family and at times the bilingual ones lose track of which language we’re speaking. I’ve been known to forget if too much is going on. The best part of having ensured that my kids are bilingual is a seamless exchange with visiting family from France as well as an easy integration to all family activities. Half of our family is French, and keeping the bond alive can only happen if we can communicate. It’s important to us that our children carry on relationships with cousins, aunts and uncles that have been cultivated over generations.

For many years I never wavered when speaking with the kids; it was only French, even in settings where everyone else was Anglophone. This was not done to exclude people from conversation, but to provide consistency for the young minds that I was responsible for molding. Most people were supportive and understanding since it’s not uncommon to hear multiple languages within one family in Canada. There were the occasional negative comments, but a quick explanation that I was giving my children the gift of bilingualism usually solved any issues. As my children have grown older, they have become more confident in their language skills and so I can now occasionally switch to English to include others in our public exchanges. I don’t always change language though; it’s an ingrained habit. Habits die-hard and this is one I’m not about to break.