Can we raise moral and spiritual children without religion? 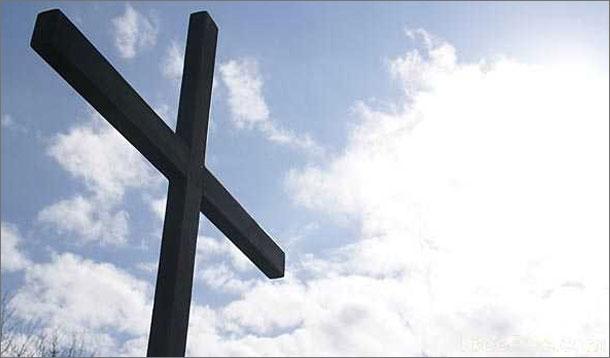 My father used to be a Father. At the age of 15, he entered a monastery where he spent the next fourteen years...until they found out he had stolen a TV and snuck it into the rectory to watch Perry Mason movies. He was told that he wasn’t priest material and he was “encouraged” to leave. Three weeks later, he met my mother (a nun-in-training) at a church dance and they ran off and got married.

My parents were part of a breed called "Pentecostal Catholics” and my childhood home was always the gathering spot for prayer meetings, choir practice, and missionary visits. I grew up surrounded by people praying over me constantly and wearing t-shirts with sayings like "I'm with Jesus - where are you?" When Jehovah Witnesses came knocking, they were invited for dinner. I was taken to nursing homes to visit with the elderly. Many evenings were spent going door-to-door handing out anti-abortion literature. My father thought that a tiny girl with blonde pigtails might have more luck “spreading the gospel” than a middle-aged man with no uterus.

When I left home as a rebellious young teenager, I got the shock of my life. I had left my bubble and received a full-frontal attack of the real world. I consider myself extremely lucky to have gotten through that stage of my life relatively unscathed. If things had gone even slightly differently, I wouldn't have surprised anyone to be a teenage parent or even just a statistic. My father would say I survived "by the grace of God".

I’m now in my forties and have a family of my own. I know in some ways I'm a disappointment to my parents due to many of my life choices - and at times that hurts to realize. But I've never felt comfortable within the walls of a church; and I don’t feel connected to people based on religious belief. If anything, “God” is something I feel closer to by sitting in the middle of a forest, rather than sitting in a church.

I don’t take my kids to church on Sundays. I started to for a while, but never felt connected. I’ve tried different churches hoping for something to “click” – but felt nothing. Then I felt guilty for not going.

I chose not to baptize my children. When you come from a strict and religious Catholic family, this is a mortal sin in itself. But I couldn’t stand in front of hundreds of people and make promises I knew I couldn’t keep. According to my grandmother, I was dooming my children to eternal hell and I would be the cause of her imminent death (eleven years later she is now 98 years old).

I send my children to Vacation Bible School every summer. We attend pow-wows and festivals with our Native American foster children. We celebrate Jewish high holidays with close friends. Religion has lots to offer that truly appeals: a community that can feel like extended family, comforting answers to those big questions, and consoling explanations to help with loss and hardship. But how do I even begin to explain God’s reason for letting twenty kids die in a school shooting? I have a hard time with that myself.

I try to answer my children’s questions when they come up, and I try to be honest about what I believe and make sure they know they can make choices for themselves. I tell them that I view God as the peak of a mountain - and that there are many different ways to climb the mountain. Some people choose not to climb the mountain. And those that do climb might take different paths, but they all lead to the top – and its every person’s choice on the path they choose to get there.

Ultimately, I want to raise committed, moral, and compassionate children. In my world, this translates into being a person that helps the less fortunate; the person that puts a can of tuna on the food bank shelf; the person who does random acts of kindness with no expectation in return. I want to spend time with my children in a soup kitchen on Christmas morning rather than singing hymns in church. And I want them to do these things not because they’ve been told to do it, or do it grudgingly because there is some reward – I want them to have an inner sense of peace and accomplishment that comes from acts of good will without the expectation of recognition or something in return.

And I hope, and pray, that my children will follow their hearts and grow up to be kind, loving, and compassionate – even if they don’t sit in a pew every Sunday.

Am I doing my kids a disservice by NOT instilling a defined set of religious beliefs and rituals – which they could later reject or accept?