What I Have Learned From My Mother About Being a Daughter 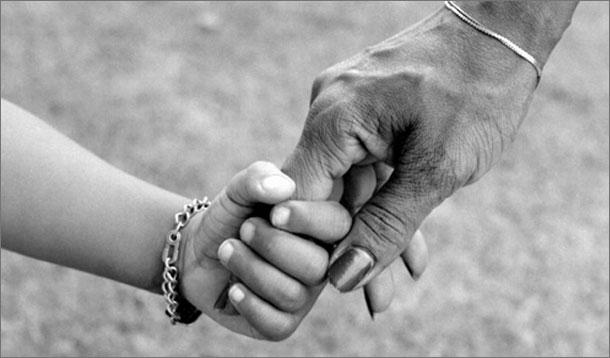 My grandmother’s wisdom has taught me many things. Her sayings will be with me forever.

“Your family is the most important relationship in your life”

“If you make one good friend in your life, you’ve done well.”

Both have held true and I live by them.  But there is one more that she has said more often than anything else, over and over again.

Truer than anything she has ever said. Lainie is her daughter—my mother.

I read a thoughtful post called Lessons on Parenting I Learned from my Mom that got me thinking about the lessons I have learned about being a daughter from my mom.

There are some things that cannot be taught or learned in the “do this” and “don’t do that” kind of way.  These things are taught by setting an example and learned by being an observer.

The kind of daughter that you are becomes more important the older you get.  When you are young, you have endless opportunities to make your mother proud.  When you are older your opportunities are more about doing right by them and for them.  It’s a whole different kind of pride now in my grandmother’s eyes when she says “there’s nobody like my Laney” because it is pride that is saturated with gratitude.

My grandfather had his first stroke when I was 12-years-old. Shortly after that, he lost the ability to drive. From that day forward, my mother became a daughter that was a companion, caregiver, drive and advocate. My grandfather passed away a few years after that first stroke and my mother has been all of those things and more for my grandmother.

This is what I have learned about being a good daughter from my mother:

Respect is different than duty.  My mother cares for my grandmother as she has for all of these years out of respect that is beyond being bound by duty.  She cares for her as she does because she respects her and because she loves her and she deserves all of that and more.

It’s ok to “lie” to your mother.  This one is my favorite and we joke about it a lot.  It would make my grandmother crazy if my mother or any of us were sick.  We don’t tell her those things.  When she asks how are you? The best answer is great, followed with some good news or a funny story.  She lives to hear our good news.

Wishing you had done more when it’s too late is not an option.

For as long as I can remember, my grandmother has always said “there’s nobody like my Lainey.” When I was young, we rolled our eyes and said, “ya ya, we know.”  Today, when I hear her say it, I know how very true it is. I can see what my mother means to her. I have seen what it means to be a good daughter. I have quite an example to follow. I can only hope that one day, my mother will look at me with all the love and pride that is in my grandmother’s eyes when she looks at her daughter.

Yummy Mummy Club’s resident Baby Name Expert, Candace Alper, makes it her business to keep up with trends and news. As the Creator and Executive Producer of Name Your Tune Personalized CDs for children, she has heard it all. Having made thousands of CDs in the past 8 years for Jacks and Emmas as well as little girls named Story and little boys named Kalman, she knows that every name has a history, a legacy, a story or a tradition behind it. Follow her blog Name Dropping and feel free to drop her a note at candacea@yummymummyclub.ca