Thank You for Your Sacrifice 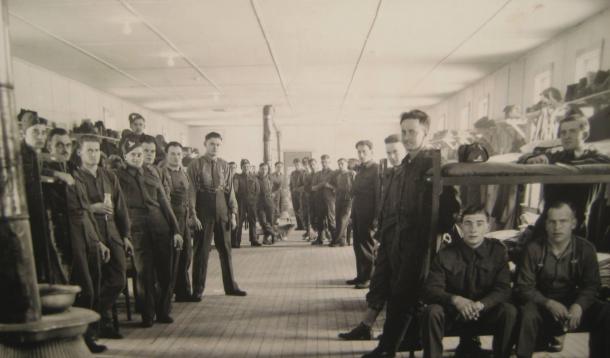 He was 19 years-old when he enlisted.

He was just a kid.

Before joining the army he had never left Gaspe, Quebec – his home town.

Then at 19 years old my Grandfather hopped on a train to Quebec City which led to a ship that took him to England for basic training and he became a part of the 82nd Battery 4th Anti-tank Regiment.

He served in England, France, Holland, Germany and Italy. He fought in the battle on Monte Cassino.

He was just a kid.

He came home and had the chance to live a life but he wasn’t the same.

He left a came kid and came home a man. A slightly broken man who turned to alcohol to battle the demons that chased him. He stopped drinking but the demons followed him.

He absolutely sacrificed his entire life.

He didn’t often talk about his experiences during the war.

I used to call him on Remembrance Day every year. When I asked him why he didn’t go to the ceremony at the cenotaph his response was “Because I don’t want to remember.”

My grandfather lived to be an old man. In his late 80s he was battling dementia and continued to have war flashbacks, one time declaring to my brother and I that there were Germans around. We scanned the dining hall of the nursing home unsure of what our next move should be and he soon forgot about the Germans and continued to sip his tea.

When my grandfather passed away we found an old box of memorabilia; pamphlets that had cartoons on the front of them with titles such as “You’re return to Civvy Street,” medals and pictures. Yet it was a tiny bible that broke my heart. A bible that was given to him by his mother before he went off to war. Inside, hidden amongst the passages were notes that my grandfather had written. One note said “I hate it here Mother, I want to come home.”

He was just a boy. A boy who wanted his Mother. She was his mother, around my age, who had to send her son off to war. 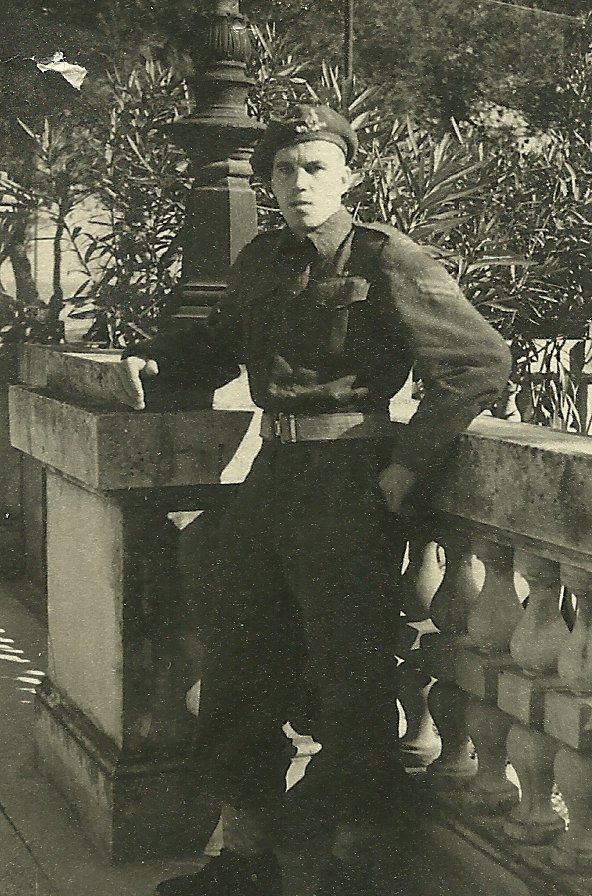 I can’t imagine sending my son off to war.

My own son is fascinated with stories of his great-grandfather and the war. The first time he brought home the books “The Road to Afghanistan” and “From Victory to Vimy” after library day my heart sank. For my own very selfish reasons I don’t ever want him to join the Armed Forces. He has brought those books home from the library at least four times.

I don’t ever want to send my son or my daughter off to war.

But I want them to always remember.

I remember my grandfather as a big man with a loud voice. I remember what he looked like sitting at the kitchen table eating bread and molasses in the early morning light. I remember the sound of his boots knocking off the snow after he had walked the quiet morning streets of Montreal to get the paper. I remember him playing his accordion and kissing my grandmother on the cheek playfully. I remember the wink he would give me when my grandmother chastised him for something. I remember the smell of his hand rolled cigarettes and the echo of his voice as he yelled at us when we played too loudly. I remember the feel of his hands on mine as he helped me reel in a fish and the frustration in his voice when I declared I didn’t want to eat the fish since I had seen its face.

I remember the lost look in his eyes when he would sit in his chair, staring off into space, shaking his hanky. I remember wondering what it was he was thinking about.

I think I now know what he was thinking about.

Today, and on every November 11th, I remember my grandfather who sacrificed everything. I remember all the men and women who have sacrificed their lives for us, those who never made it home and those who did.