My Happy Reunion With a Long Lost Friend

I never expected us to meet again. 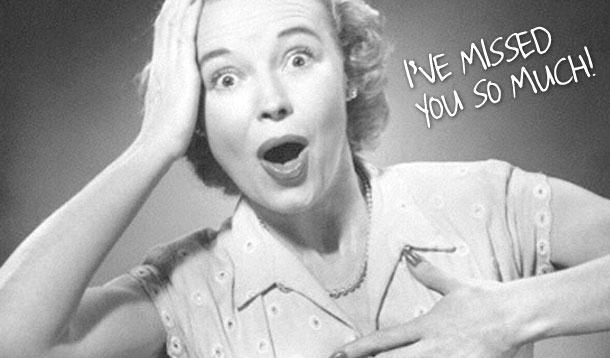 Have I got a story for you!

It was the end of my work week, Friday evening at 9:45PM. I was putting the finishing touches to a travel story I had written when the phone rang. How unusual, I thought. Who would be calling at this hour?

I picked up and I heard a man's voice saying, 'Hello. This is Air Canada. We'll be delivering your bag after midnight.' He said it as if were the most natural thing in the world to be dropping my bag off at my home.

Now my voice went up two octaves and I shouted, 'My orange Eagle Creek Bag, the one I took to the Antarctic? 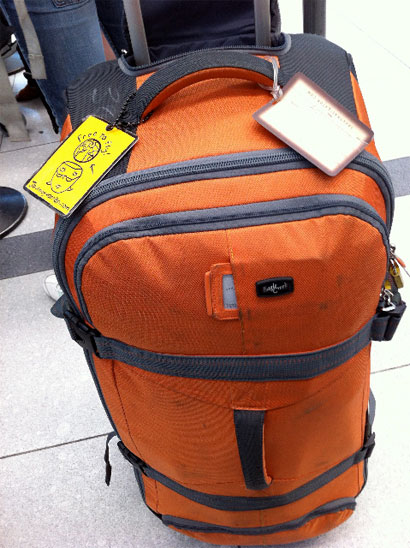 Indeed, it was my orange bag; the trusty one that had travelled the world with me. By the time I received that Air Canada call 'my travel partner' had been missing for 99 long days - through the coldest part of the winter and well into spring. I had already given up hope of it ever returning and for good reason. With two baggage tags affixed to it and one personal ID in a front pocket I was positive the airlines would have traced it and found it almost immediately. But that didn't happen and I was left to believe that someone had stolen it.

Gone were my favorite jeans, expedition clothes and fabulous 'Quark' jacket. Gone were my red cashmere sweater and black pashmina with the brightly embroidered flowers. Underwear, thermal socks, boots, tights, make-up - all the items that I had chosen with such care around the world. All the memories those possessions inspired. All gone.

Now, like a miffed girlfriend whose beau had not come home on time I decided not to wait up for my errant friend's return. Instead, I asked my concierge to store it for me until the morning. 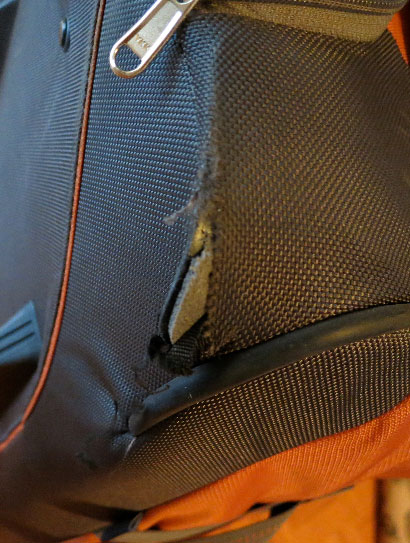 When I finally did set eyes on the orange bag I thought my heart would break. My road warrior was covered in dust, black scuff marks harshly stamped on its body and a chunk gouged out of its side. How could I have doubted 'my pal'? Clearly, it was hurt but against all odds had managed to limp home. 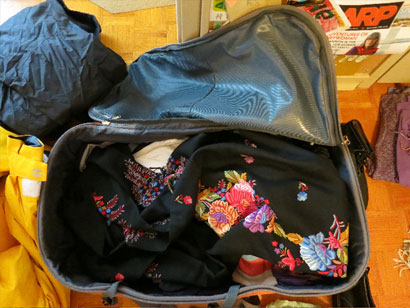 I laid the bag gently on its side and carefully unzipped, not knowing what to expect. There on the top was my yellow expedition jacket in perfect shape! And my shawl and my boots and my nightgowns. Everything. All in fine condition. Even the bottle of South American wine I had swaddled in my fleece sweatshirt. There. Intact. Our reunion was sweet, sad perfection.

Now I'm left to wonder where 'my pal' travelled on its first solo journey. Did it stay in South America or travel farther afield? What scrapes had it been in? How had it been injured? 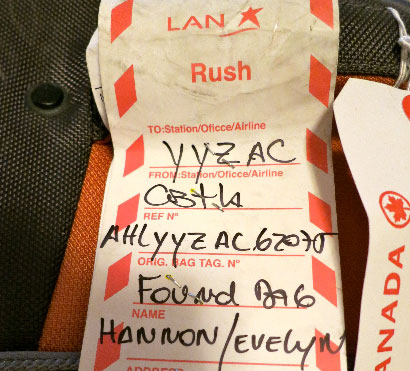 Unfortunately, these are things I'll never know. The only information I was given about my bag's itinerary was the extra LAN Airline tag crudely slapped onto the handle. Scrawled on it in black marker was a reference number I couldn't make out and a note that simply stated, 'Found Bag.'  And up at the very top of the tag in bold orange letters was the word … 'RUSH.' How absolutely, positively ironic!

Twenty-five years ago, Evelyn Hannon put a backpack on and set out to see the world. Since that time she's worked hard to inspire other women worldwide to travel safely and well.

Her free award-winning travel tip newsletter is read by 65,000 women in over 100 countries and territories. She invites you to sign on, too! Visit journeywoman.com.