How This Family is Keeping the Theme Park Wonder in Wonderland

I'll never buy a season pass for our family. This is why. 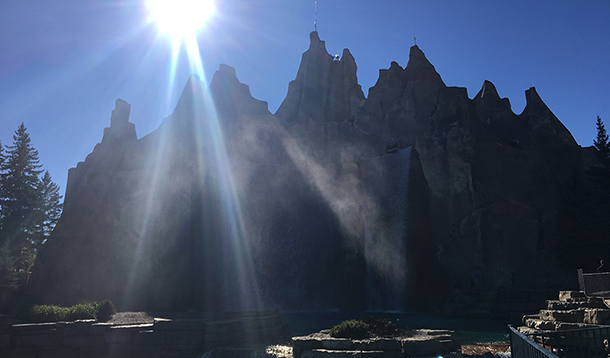 There are a few most cherished childhood memories that I bring out, dust off and relive over and over again. One of my favourites is that one June day each year when my brothers and I would get up and start our ready-for-school slog. As we entered the kitchen for our usual bowl of sugary cereal (after all, it was the 80’s), we’d find both parents sitting at the table.

This was already out of the ordinary, so my nerves would go on high alert and a tingle would dash around my body.

“Today you have a choice,” my father would say in his calm voice while my body would begin to tremble with excitement, “Today you can go to school, or you can come with your mother and me to Canada's Wonderland.”

And then my brothers and would collectively lose our minds. There were squeals, hugs and jumping about. For sure, I had happy tears rolling down my face. First of all, in my household we NEVER missed school - not for tonsillitis, nor snow day, nor midday appointment. If the school had even one teacher in it, we were sent.

Secondly, not only were we permitted to miss a day of school, not only would both my mom and dad be spending the whole day with us, but WONDERLAND!!! The Mindbuster and Hanna Barbera Land and the obligatory walk up the mountain to eat the soggy sandwiches mom had stashed in her purse! The Pharaoh's Eye, the Pirate Show and have I mentioned the ROLLER COASTERS? This was the stuff of childhood dreams.

Fast forward a few decades, and I now live in the shadow of Wonderland. The sponsorship has changed a few times, the rides have grown higher and faster, the roller coasters have proliferated like proverbial bunnies. And Wonderland still has the power to send thrills of excitement down my spine whenever I think of it.

Living so close to the park, many neighbouhood families have season’s passes. They swear by the convenience of dropping in for an hour, not feeling like you have to spend 17 hours milking every last minute of the day to get your money’s worth. I disagree. I say what’s a trip to Wonderland if the youngest is not flung exhaustedly over one parent’s shoulder while the elder hangs off an arm begging for just one more ride?

As I was picking up my kindergartener from day camp the other day, some of her peers were off to Wonderland. Seriously? After a seven-hour day at camp, these four and five year olds were about to be immersed in the whirls and swirls of a theme park? Talk about overstimulation!

Maybe when my girls are teenagers, I’ll send them off to work there or allow them some more freedom. But, I believe childhood is a most-precious time and packing it full of extravagant experiences just raises expectations and doesn’t teach my kids the value of simplicity.

I want my girls to continue finding joy jumping in a puddle or by running through a sprinkler. I want them to continue to love playing in their modest sandbox, or soaring high on a park swing.

And I want the extravagance of Wonderland to be the polar opposite of their every day existence.

I want them to revere the power of Wonderland; to understand it is an amazing, exciting, over-the-top, once-a-year indulgence. I want them to know the joy of falling asleep on the drive home, already dreaming about next year’s visit. I want to give them the gift of anticipation.

And then, one school day in June a few years from now, I want them to find their father and I sitting calmly at the breakfast table...

RELATED: 24 Reasons Toronto is the Place for Your Family to Be This Summer