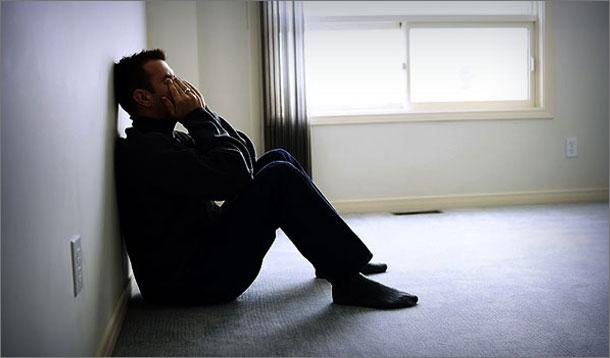 New evidence suggests that postpartum depression is not unique to mothers.  It can also have a profound effect on fathers. Paternal Postnatal Depression is a relatively new concept, coming to light thanks to increasing honesty, awareness and a growing acceptance of the rich emotional lives of men.

Men are gradually becoming less afraid to admit their feelings towards a wide range of  issues, including those that our own fathers and grandfathers wouldn’t have dared discuss with others – like men’s postpartum depression.

I recently interviewed men's mental health professional, Dr. Will Courtney, on The Mommy-Muse Is In: Empowering Your Journey into Motherhood.  On the episode "Navigating New Fatherhood: Helping Men Beat the Baby Blues and Overcome Depression," Dr. Courtney shared this: "Parents expect this experience of 'baby bliss' that everyone suggests parenting is going to be like. Then, suddenly, this screaming, helpless infant is in their laps and they don't know what to do to calm this baby or soothe it. Suddenly, things start feeling a lot more difficult than they ever expected."

A rising social mindset is allowing new fathers to express their feelings more truthfully.  This is finally shedding light on paternal postnatal depression, unrecognized until now.

Parenthood is a profound event for both sexes.  The transition from being a couple to being a family can be an enormous challenge.  Although the majority of men report a deep satisfaction with being a father, many also report that the transition from being "just a man" to being a dad is a frustrating, scary, daunting experience that requires massive adjustment.  Men's postpartum depression can become quite severe, requiring mental health counseling from a qualified practitioner who understands the trials of new fatherhood and knows how to help.  Dr. Will Courtenay offers excellent resources through SadDaddy.com.

Men are often well-skilled at concealing their postpartum depression.  They may not show the traditional signs of distress common in new mothers, including loss of interest, crying, and general sadness.  Even when a new father tries to "keep up appearances," clues to an underlying problem can be found by being alert to things that are out of order from their previous state, or a feeling that something just isn't "right."

Men may even try to avoid parenting altogether, according to Dr. Courtney. "I'm hearing a lot from new dads about the experience of not being able to tolerate being around the baby.  They can't stand the baby's cries, the screaming; they say it makes them crazy.  Or, they can't stand to smell the baby, or to even see it or hold it.  Typically, men feel horribly guilty about feeling that way, and also very confused because this is not what they were told to expect with the birth of their child.  All they really know to do is to try to get away from the thing that is kind of making them feel all of these things.  They end up spending as much time as they can at the office."

Both new fathers and new mothers can take a proactive stance before the baby arrives (or after the birth) to combat postpartum depression, including: 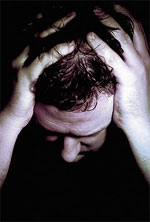 Accept the reality that post-partum depression is a clinically diagnosable condition - not a myth.

If a man (or woman) has a history of other forms of depression, mental health counseling should be sought before the arrival of the new baby.

Many couples have issues in regards to communication. Counseling specifically to address those communication problems before, during, or after the pregnancy can help to open up lines of communication and allow couples to support each other more easily.

Because so much of the stress that families undergo is related to their financial situation, the implementation of a budget prior to the birth of their child is advisable to alleviate some of the issues that the couple has going forward into parenthood.

Establishing a network of reliable support is imperative. Decide in advance who can be counted on to help out when the going gets tough.

Perhaps the most important bit of advice that can be given to new fathers and mothers when it comes to postpartum depression is to understand that it is a completely natural condition, nothing to be ashamed of.

Counseling and treatment of postpartum depression is available.  Asking for help is not a sign of weakness, but a mark of intelligence and the sign of a truly caring parent.

Christy Cuellar-Wentz
Christy Cuellar-Wentz, M.A., is an internet talk radio host and mental health expert. She is passionate about providing the support you need for your transition into parenthood. Sign up for free MP3s and discover specialized coaching for new and expectant moms. Go beyond postpartum survival into thriving at the Mommy-Muse website and The Official Mommy-Muse.com Blog.