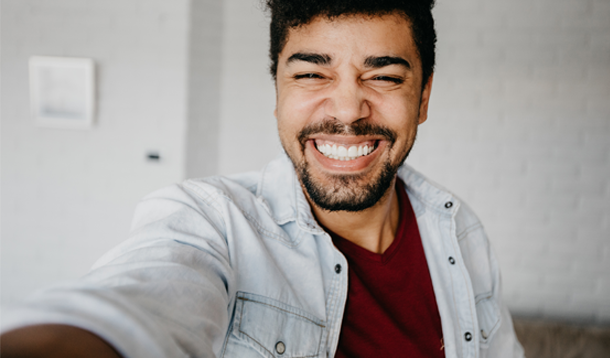 I just retired from being a full-time stay at home parent.

Sure, I’m still the primary caregiver and sure, my daughter is only four-years0old, but starting the first week of September, both of my two beautiful, intelligent, and terrifying children were in school and I was…free.

For the past seven years, I’ve been home with the kids. During that time, I’ve been working on growing my own business. I’ve built websites and helped brands with their social media game. I’ve written a book, given some talks, and hosted some events.

But it’s all been part-time.

Last year, I had approximately eight hours a week of designated work hours.

So I came up with a plan. My foolproof plan to be the happiest dad on the planet. I’d start by cleaning up a few projects that I had been working on. Clean slate the whole thing. Then I’d take a week off.

One week. No work. All play.

I’d get a massage. I’d go to a couple yoga classes. I’d start running again. I’d float. I’d get a pedicure. You know, all the good stuff.

Well, I’m about to start week five. My muscles hurt, I’m no bendier than I was, I run…out of breath, I’ve barely had a shower, and my feet still look like…well…they still look like my feet.

Well, there were some good things. First, my wife and I took a week’s vacation. Well, I thought we were taking a vacation. It turns out that we were going on an “adventure” and those aren’t the same thing.

So, one week gone. What about the others?

Before my daughter started preprimary, we had one lunch to make. Now we have two. Not a big deal except that my daughter has never really taken to “packed lunches” so more time goes into planning than should.

Secondly, my daughter doesn’t like to get out of bed in the morning. Upon waking, (around 6:30am) my son launches himself out of bed, flings open his door and sprints/stomps to the couch for morning cartoon time. My daughter? Not so much.

My daughter awakens and proceeds to sing a NUMBER of songs, stretching and getting herself limber before calling you into her room so that you may have the pleasure of accompanying her to the living room. This is a process that begins around 7:06am and can take upwards of 15 minutes. We need to leave the house around 7:40am. Breakfast. Clothes. Hair. Outdoor clothes. It leaves little time to dilly or dally and she enjoys both.

I had a certain vision of what life was like for a stay-at-home parent whose kids didn’t stay at home anymore. It was a lot of margaritas, some day time tv, maybe a nap. Instead, every waking moment is spent seizing the opportunity to make the house not look like it’s part of a rebel outpost in a futuristic post apocalyptic nightmare world. There are underwear…everywhere. Last week I found a pair hanging from our wall mounted television.

So, some advice, if you want to get work done and also keep your sanity.

First, you need to get out of the house. We have a small home office (a corner of the living room I’ve claimed as my own) but if I try to work from there, dishes, laundry, and vacuuming all rear their ugly heads.

Second, you need a schedule. I originally thought that I would work when I needed, clean when it was necessary, and eat when I got hungry. It doesn’t work. My time is now carefully crafted. There is time for blogging, for web development, for social media, and for me.

Third. It’s that me part.

It’s very easy to feel guilty when you’re the one home alone. It’s easy to think of how hard your spouse or significant other is working while you’re enjoying a Nutella Latte. The struggle is real.

But if you’ve been home with the kids for five years, or one year, or even just a few months, sometimes you need to take a second for yourself. That doesn’t make you a bad partner, a bad parent, or a bad person. It makes you human.