Father's Day - A Day Made for Dads, Not Fathers 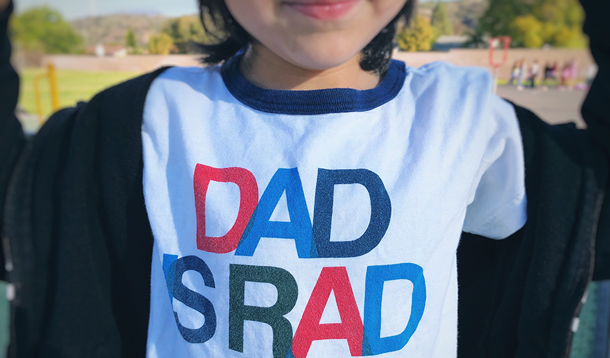 Father’s Day is my least favourite holiday. Every year it makes me navigate a conversation that I don’t want to navigate, recall a history I don’t want to remember, and consider a role that I’m not entirely sure I’m any good at.

For starters, I feel like the holiday is misnamed. I feel like it should be Dad’s Day. Now to you, depending on where you’re coming from, those might sound like the same thing. To me, they are very different things.

I have a father. Like me, his name is Mike. He looks exactly like me, if I stopped growing in grade five, but still lost my hair and went grey in my beard. He’s my father, but he is, by no means or outrageous stretch of the imagination, my dad.

Being a better dad than my father has not been incredibly difficult. It has involved being around in my children’s lives past age four. That’s when my parents divorced and my father paid the $83 a month to my mom that the court demanded, and occasionally showed up at my grandmother’s house on the weekends I spent with “him.”

My father has never seen me play a single game, of any sport. I played baseball for twelve years. I was the captain of my high school football team. I was going to play university football before a knee injury stopped that. I played field hockey for seventeen years. My father has never, since I was four years old, thrown a ball with me or kicked a soccer ball to me. Nothing.

There are some damn fine dads out there. Many that I look to as mentors and role models. But there are some pretty terrible fathers, and most of them still get a card every June.

About four times a week my daughter, aged four, tells me that I’m the best dad in the whole world. About five times a week, my son gives me an unsolicited hug and tells me that he loves me. When my children ask for something reasonable, I tell them yes but that I need two things and they give me a hug and a kiss and they laugh.

Here’s a secret that (most) parents experience but often don’t talk about; I don’t always want to be around my kids.

Most parents feel bad when they come to this realization. They feel like it makes them a bad parent and/or a bad person. But it’s natural. There is no one in our life that we ALWAYS want to be around. There’s no one that NEVER rubs us the wrong way.

But if you grew up with that void, it adds another layer of guilt. Am I like him because I don’t want to be around my son today or because I’m excited when my daughter is gone for a few hours or for an overnight?

I believe that the fact that I feel guilty about it suggests that no, I’m probably not like him. I still show up. And half of the work is in showing up, even when you might not want to. One time my father’s girlfriend, when we were talking about a friend who was becoming a teacher, said, “your father could never do that. He doesn’t like kids.”

Part of me feels like I’m too hard on my dad. He was eighteen years old when I was born. He was divorced when he was twenty-two. He did what the courts required him to do.

And that makes him my father. But being a dad isn’t about doing what the court requires you to do. In the words of Chris Rock, “you’re SUPPOSED to take care of your kids.”

I believe in celebrating dads. But you don’t get a greeting card from me for not using a prophylactic.