Sometimes great parenting is when you sit back and wait and see. 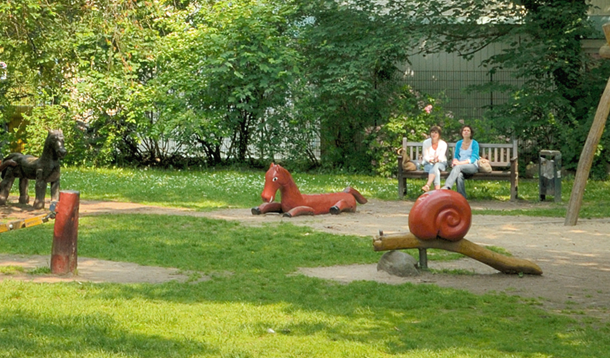 “Is this lazy parenting?”

The woman who asked me this question is an exceptional parent. She somehow manages to drag a three-year-old and a 15-month-old with her to school to pick up her daughter and, even more incredibly, manages to keep them all happy for however long our kids decide to hang out at the playground.

My son HATES to leave the school grounds, and so does her daughter, and on this particular day, her three were off playing, some distance from us. They were still within eyesight and what we saw was a bit of a train wreck.

The kids did not seem to be getting along super well, but there were no punches thrown.

“I think that lazy parenting and great parenting look an awful lot alike.”

This was my response to this incredible mother as she watched her children almost fight.

I am, sadly, a helicopter parent. When my son was born, it was just me and him all the time and so I got used to ALWAYS being there to make sure that he never got hurt and never wanted for everything. Unfortunately, he got used to it too.

He doesn’t like to be alone and almost entirely refuses to play by himself. I warn him of EVERY CONCEIVABLE danger. He can’t move ten feet without me warning him that he might slip or trip or slide or fall.

You see, there’s significant evidence that when we fight kids’ battles for them, when we are constantly holding their hand, when we are always leading them in the direction that we think they should be headed.

Did I stay up all night like I told her I was going to?

I sat in the dark in the kitchen for about seven minutes and then I went to bed.