I'm Trying to be Less of a Man... But I Can't Count Calories as a Dad

I don’t care about looking good at the beach or impressing women. I just want to see my kids grow up. 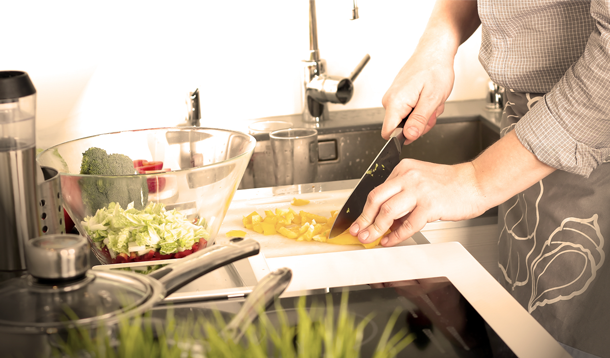 I’m fat. That’s something that I get to say about myself. I would never say it about someone else. But I feel comfortable about saying it about myself.

I want to lose weight, become less of a man, because I love my kids and I think it would be spectacular if I got to see them grow up. And so, I’ve started counting calories. But this has created a small problem.

I have two children who have great relationships with food. They’ve been great eaters since they were young. We used baby-led weaning to let the kids choose foods they liked, and it’s gone very well. They eat some of the strangest things that you’ve ever heard of and have no major issues with textures or flavors.

This change in behavior has included intermittent fasting, changes to nutrient makeup (I won’t bore you with the specific details), and a dramatic reduction in calorie intake.

I was very excited about the caloric intake changes. I felt good and I was losing weight. Even more so, I was proud. And when I’m proud of something, I talk about it. So, I was talking a lot about how many calories I was taking in. It blew me away for example that I could have a bowl of beef and cauliflower (it’s tastier than it sounds) and it would be half that of a piece of toast with some avocado.

But then something awful happened.

My son asked me how many calories were in his supper.

I hadn’t really thought of how these conversations might impact my kids. I didn’t know that they would begin to wonder about whether the food they were eating was good for them or not. Now, our house is full of food that’s good for you. We eat very little packaged food, don’t have refined sugar and eat an extraordinary about of fresh fruits and vegetables. But here was my son, wondering whether these mushrooms he was eating were too many calories.

And so, I stopped.

That was it. No more talk of calories. No more discussions about what had carbs and what had fat. Just eating.

Instead, I’ve focused on talking about food in more positive terms. They eat “junk” food sometimes. It’s called a treat. But most of the time, they make good decisions and choose the “right” foods.

And sometimes we want to live to be 93 so that we can dance with our kids at their wedding and meet our grandkids. Our reasons are our reasons. I’ve been careful to ensure that my reasons for wanting to eat better don’t become my kids’ reasons for not wanting to eat at all.

RELATED: The Diet Judger Who Went on a Diet