That Time I Stole My Wife's Moment 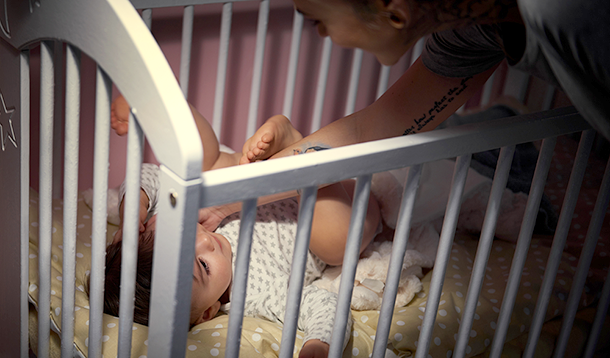 I think I’m a pretty supportive father and a pretty supportive husband. I crack jokes here and there because that’s how I survive the day. But my wife is going to Switzerland in August (without me) and Costa Rica (without me) and we make regular time for her to get to the gym (her choice, not mine) and I work a lot of my life around the idea that I want to give her every opportunity to live the bet life she possibly can. But sometimes I make a grave error.

We’re all done having kids. Mentally. Physically. Financially. So, our daughter is our “last hoorah” as it were. Watching her grow up has been incredible but also quite bittersweet. The first time she does anything is the last time she’s going to do something else. When my daughter was around 15 months, my wife went on a trip to Europe. I should stress here that she’s a girl guide leader and that none of these trips I talk about are just frivolous personal adventures (not that I’d resist if she wanted one of those).

My wife was still breastfeeding when she went to Europe, and when she returned, my daughter had decided she wasn’t going to feed anymore. My wife was devastated. She blamed herself for leaving and causing our daughter to stop feeding earlier than we had wanted to. But we carried on. She started walking and talking (and talking, and talking) and with every new step there was a little something lost.

After a few experiments with who slept where…and when…and if… we were finally able to get our daughter sleeping at the cottage and we decided to do the same at home. So, I told my wife, “this week I’m going to transform the crib into a toddler bed.” My wife confirmed that this was a good idea and the matter was settled. So, on a rainy Monday, just a day after this conversation, my daughter and I went to Rona to grab a few components that got misplaced over the years (apparently locking bolts are important to child safety) and then her and I built her a toddler bed.

My wife arrived home after work, long after the kids were in bed and, having watched the story of toddler bed transformation on Instagram, asked me if I understood what I had done. I felt pretty good so I extolled the virtues of our daughter’s newfound independence. To which she replied, “so you’re saying that last night was the last night that I will ever lay my last baby down in her crib to go to sleep and I didn’t know that.”

I didn’t take this feeling into account when I made the decision. I didn’t consider the guilt that my wife felt about “missing breastfeeding” and the idea that missing the last of anything would be traumatic for her. To me, I’d taken a set off bars off a crib and replaced them with a small rail. To my wife, I had robbed her of a moment in her daughters’ life. It’s about perspective.

My wife didn’t understand how upset I was about my son’s first haircut. That’s fine. She has hair. She doesn’t connect haircuts with mortality in the same way that I do. She didn’t realize that I wasted my son to have hair like mine when I was a kid because it made me feel closer to him. It’s about perspective.

This is not a post where I say, “…and that’s when I learned to always…” I wish it were, but I’m 37 years in and I’m still making choices that seem independent of logic on a regular basis. But I will say that understanding what’s important to your partner when it comes to your children and communicating that clearly will help. My wife was very hurt. Not by me, but by the consequences of my actions. She wasn’t mad; she was sad. I’d much rather my wife be mad than sad.

It doesn’t help that the next morning, instead of calling for mommy and daddy and snuggling in tight as we lifted her out of her crib and carried her into the living room to start her day, she rattled the doorknob to her room until we opened it and then walked into the living room and sat down on her own.

But that ending is also the start of a wonderful stage of independence. Everything lost is also something new gained.

RELATED:The Beauty of the Last Child