Is Something Wrong With My Kid?

How to get help when you need it 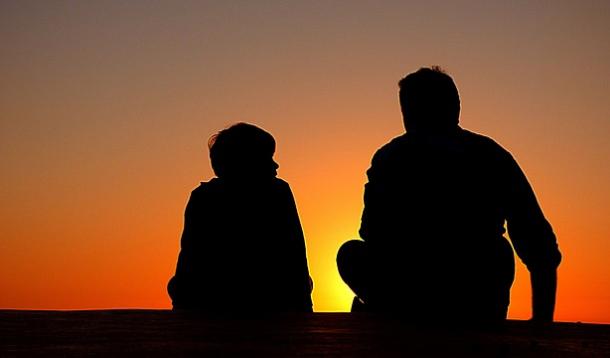 I broke down and started crying. Seriously. That’s exactly what I did when we decided that we needed to take our son to a child psychologist. It had been months of huge overwhelming tantrums, mind bending screaming matches with no end in sight and finally, with no end in sight, my wife and I decided that we needed help. And I cried. My tears had nothing to do with my son. I thought I was a complete and total failure.

I mean at this point in my son’s life (he just turned 5) I’ve spent about 17 nights away from him. That means that less than 1% of the time, I’ve not been with my son. (I know, you can make stats say whatever you want them to). So who’s fault could it be, other than mine, his primary caregiver, his father, that he be crazy. NO. DON’T LEAVE. We’re just getting started.

You see, until about…3 months ago, I thought that crazy people saw therapists. Up until a few years ago I thought that crazy people had mental health issues. It was the vast minority of people that couldn’t deal with life as we know it and had some sort of episode. And then I sort of remembered that I’ve broken down in a grocery store because I couldn’t figure out which box of frozen pizza I should get and had to drop my little basket in the middle of the aisle and walk out. Then I learned that that “heavy blanket” that I need to sleep with in order to get a proper night sleep is a common sleep aid for those with anxiety. But I mean, I’m not crazy. I don’t need to see a therapist.

And then I remembered that as a kid, I did see a therapist because I had a lot of trouble dealing with my emotions and it manifested in disrespectful and disruptive behavior. And then I found out that one of my best friends saw a therapist as a child because he liked to put his fist through doors and walls. So…what the hell do I know?

At this point, I’m going to provide a small caveat. I don’t know what’s wrong with your child anymore than you know what’s wrong with my child. But please, continue to tell me what you think is wrong with my child. I just love hearing about how your child rides unicorns and poops rainbows. I don’t in any way hope that they fail calculus and you lose all your hair. In any case, what worked for us, what our son’s therapist told us, is about US and OUR family. This post isn’t about the answers. It’s about being willing to ask the questions.

First things first, our sessions have been as much about us as they have been about our son. They’ve been as much about our ability to manage stress and fear and change as they have been about his ability to punch or not punch us when those things rear up. In our case, we were told that we’re on top of his behavior too much and that he’s never been given the time to make the right decision. It’s true. Luckily he has a short name because if we yelled, “Ferdinand” over and over again as much as we yell his name when he’s doing anything outside our comfort zone, we’d go crazy.

But I mean, at least we were sending him to his room, right? At least we were giving him time and space to calm down, right? Why wasn’t it working? “What does he have in his room to help him calm down,” our therapist asked…? Hmmmmm. A bed? Some dressers? A bunch of junk that we were storing in his closet that wasn’t even his? Since our first appointment, we’ve dramatically altered our son’s room (and our daughter’s). We’ve built comfortable spaces with lighting and rugs that would feel amazing if you were high. We’ve asked them what they wanted their rooms to be like. (WHAT? YOU ASKED YOUR KIDS HOW THEY’D LIKE THE SPACE THEY SPEND LIKE 16 HOURS A DAY IN TO BE LIKE? YA HIPPIES!).

I stopped crying. I came to the realization that therapy isn’t for crazy people. It’s for humans. Our planet and our culture and our schools and our offices and our families and our friends are rife with stress. What we’re working on now is providing our son and our daughter with the tools to deal with stress because here’s the big secret. Are you ready? Ok. Here goes.

THERE’S A LOT OF GOD DAMN STRESS IN THE WORLD.

Why wouldn’t you want to give your child, whom you theoretically love, the tools with which to deal with that stress? As adults we KNOW what we’re facing and we’ve got yoga and caffeine and cannabis and whiskey and wine and sex and we STILL barely make it.