How to Deal with the Diaper Changing Power Struggle 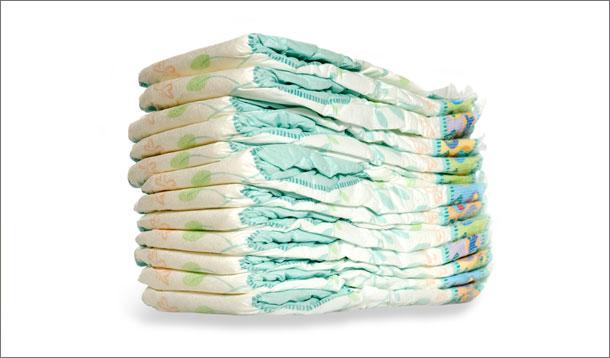 Does your child resist having their diaper changed? Do you need one parent pinning the rascal down while the other does the dirty work?  How can toddlers seemingly like being in a poopy diaper?

Toddlers have a budding sense of independence and they crave autonomy.   They want you to know they can decide for themselves and can manage on their own.  They don’t want to feel ordered around or made to be subservient to parental will in anyway.   In short – diaper changes often stir up a power struggle.   Once a power struggle starts, your child is honor bound to NOT do what you say, because they see it as defeat.

So here are a few simple ideas that should work to stave off a power struggle and win their co-operation during a diaper change :

Respect their growing personal boundaries about their bodies by asking if you can check their diaper instead of unexpectedly sticking your nose in their pants uninvited.

2.  Offer Instead Of Order

Don’t give your tot orders or commands. It will invite resistance. Instead, offer to change a diaper and see if they would like your help and assistance.

If they decline your offer to help with a diaper change, leave them in the diaper, then let them know in a friendly way that if they choose to be in a soiled diaper, that’s okay – but you have trouble being near that odor so you’re able to be close by, and if its leaky – then they’ll need to stay off of the fabric furniture or carpets.  They can play on the tile floor instead.

The natural consequence for being in a soiled diaper is a diaper rash.  That may happen.   Allow them to experience the discomfort of a rash so they learn the benefits of a clean dry bum.

“Clean diapers at the lunch table! When your diaper is changed then I know you’re ready for lunch”

Laying on your back with your privates exposed is one of the most vulnerable stances one can take. See if changing them standing up wins you more co-operation, even if you have to do it in the bathtub for  sanitary reasons.

When your child no longer perceives that you’re forcing a diaper change, the more co-operative they’ll be!

Alyson Schafer is a psychotherapist and one of Canadas leading parenting experts. She is the Ask an Expert for Todays Parent Magazine and the author of three best selling parenting books, including Honey, I Wrecked The Kids and Ain't Misbehavin'.