It's Official: Newborns Are Not "The Cutest Thing Ever"

If you secretly think most newborns are more like googly-eyed space aliens than the most adorable thing you've ever seen, studies say you're not alone. 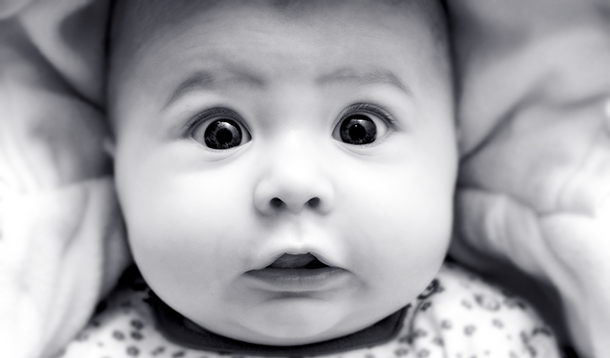 I’ll never forget the first moment that I laid eyes on my perfect first daughter. Her skin was soft and covered in downy-fur, like a tiny baby bunny. Her eyes were a deep grey, almost like they were still deciding on which colour they would be. Her lips were delicious, full and deep red, puckered and sucking from the second she found my breast.

I was afraid my baby would be born looking more alien-like and less human, like some baby photos I had seen. Instead, I was completely captured by her, and her two younger sisters that followed.

A few weeks ago, while studying some baby photos of my three children, I was surprised to discover that I didn’t find their newborn photos as mesmerizing as I once did. Instead, I was more drawn to photos of them when they were a bit older, their legs and arms filled out with chub, their physical features filling in the gaps that were left in the newborn stage.

According to a recent study conducted by researchers at Brock University, I’m not the only one that prefers older babies to newborns.

The study polled 142 research participants by showing them photos of 18 babies captured as newborns, three months, and six months. The participants were asked how likely they would be to adopt the babies based on their cuteness, happiness, health, and resemblance to the participant.

It turns out that participants most preferred six-month-old’s in these categories, a shocking finding to the researchers and others.

But really, is it such a surprise? Can’t we all agree that newborn babies do appear more Gollum-like and less Gerber?

The Brock University researchers believe that the delayed-attachment to newborns is rooted in ancient times when diseases and infant mortality was high. If a parent was less attached to their newborn it would make early deaths due to disease or malnutrition more acceptable.

I have a difficult time with these conclusions, because I’ll never forget the feeling I experienced holding each of my newborns for the first time. A fire was lit inside of me, and in that moment, my child was the most beautiful thing in the world.

Either way, I think we can all breathe-easy, and feel a little less guilty when we aren’t drawn to the fresh out of the womb photos that we see popping up all over social media. It’s not just you, it’s all of us.

RELATED: So You're Two Weeks Into Maternity Leave and Not Sure What Day It Is