Shout out to my body for being a giant d*ck! 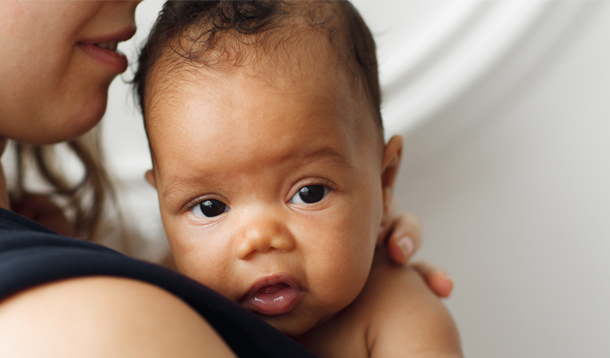 I’ve always laughed at other women who hold newborns and sniff their heads, claiming it sent their ovaries clanging out a mayday signal. Of course, that’s likely because I was experimenting by sniffing my own baby’s head, and both times, I was experiencing postpartum depression. That’s kind of a less-than-ideal time to expect your ovaries to say much of anything, I’m guessing.

This year over the holidays, though, I had the chance to hold my friend’s 6-week-old son and my neighbour’s 2-week-old son within a few weeks of each other. I can now confirm that the smell of those babies’ heads did somehow send a signal to my reproductive organs, telling them that another baby would be a great idea, because how hard could another be?

Shout out to my body for being a giant dick!

Here’s the thing: you can’t let those 15 minutes, or even several hours, lull you into thinking that newborns are easy. They’re not.

I know we all look back on the newborn stage with nostalgia, because the Twos are Terrible and the Fours are Fucking Awful, but do not forget, people.

Do not forget the seedy yellowy-brown poop that manages to find its way into just about every crease your baby has after a poop explosion. Do not forget the number of pants and shirts that ended up with yellow poop stains on them because they leaked through their diaper.

Do not forget the stinky sour milk they will inevitably vomit all over you in the middle of the night. And you’ll try and try to clean it off you thoroughly before going back to bed, only to lie down on the pillow and realize the smell is still in your hair. Or up your nose.

Do not forget the countless nights of broken sleep in the first weeks. Or finally settling down to a routine that involves more than four hours of sleep in a row only to be facing a sleep regression head-on, sobbing, begging for things to go back the way they were.

Do not forget that babies have an extremely limited means of communication which basically involves crying. Everyone talks about how moms know the different cries babies have, but fuck that. There were plenty of cries that made no damned sense at all to me.

In the end, you might be a mom who actually wants to have more, and for that I commend you. Go forth and propagate the species and all that shit. For the rest of you who, like me, do nothave the bandwidth for another but have some screaming ovaries after a close encounter of the newborn kind, remember these points.

They may well save your sanity.

Previously published at The Joy of Cooking (for Little Assholes).

RELATED: A BTDT Love Letter to the Parents of that Baby Who Never. Stops. Screaming.