Voices of Motherhood 2016 Second Runner Up 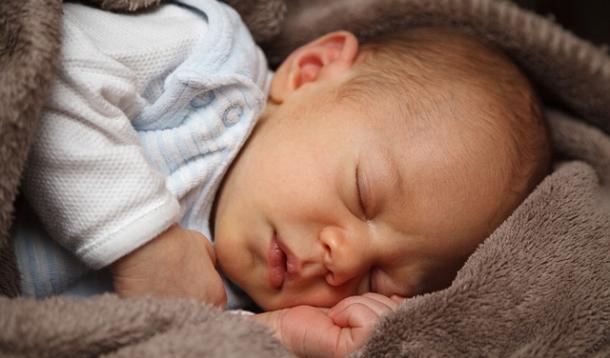 I stood in the middle of the living room in my pajamas, panic flapping its wings inside my chest. Taking in big gulps of air, I watched my husband don coat and boots to get to work.

“I don’t know what to do! What do I do if he cries?” I burst into tears and swiped at snot with a flannel sleeve. I knew Dennis thought this was merely postpartum histrionics- after all, I had had my moments- but I didn’t think he quite understood the terror I felt at being left alone with our six-day-old baby.

You’re not a natural.

This nasty truth had been lurking at the periphery of my thoughts within hours of Hudson’s arrival. Today it was battering me.

“Honey, of course you know what to do! Just love him. I’ll call you later.” And with that, we were two.

The house was quiet but for the hiccuping of my crying. Once in awhile, static from the baby monitor would carry with it a newborn groan or sigh from the nursery. Still standing, I hugged myself and wept.

I wept for the mothering I hadn’t gotten growing up. Raised by an ill-tempered step-mother whose affection came with strings and went with name-calling, I had not had a good example of how to be a nurturing parent.

I wept at the perfunctory kiss my natural mother had glanced off my newborn and I, preferring to cradle a drink than her first grandchild.

Although these transgressions had been long since forgiven, the hurt they had caused was not buried deep enough.

I wailed at the embarrassment I felt at hauling these inadequacies into Dennis’ loving, grounded family.

Then the tears ebbed. I took one shaky breath, and another. Get a grip. Baby steps. Despite myself, the metaphor lifted the corners of my mouth.

As if on cue, the monitor came to life, Hudson’s sharp wail snapping me back to the moment. My milk swelled in response. I looked down at my front, realizing I now had no clean pajamas and would have to do yet another load of laundry. I hurried up the stairs and into the nursery, where Hudson was pumping miniature fists over his face, enraged at waking up alone. Awkwardly, I reached into the crib to pick him up and slumped into the rocking chair. “Please don’t cry. It freaks me out,” I admitted to him.

Hudson buried his face into my chest as he and I engaged in an act so profound in its simplicity. It was bewildering that my body could produce milk that could keep another human being alive. I was mesmerized by Hudson’s profile as he noisily downed his third breakfast, wincing at times at his aggressiveness, amazed that he knew just what to do. I was equally thrilled that I had managed to keep him alive so far on my own, even if it was just for a couple of hours.

“Claudette? I didn’t want to wake you if you were sleeping, but I brought you some soup.”

I startled and looked up to see my mother-in-law standing uncertainly in the doorway, not wanting to overstep, yet obviously yearning for me to let her be a part of this little being’s life, of my life.

As I gazed up at her, she smiled and dropped her eyes shyly, and I was smacked in the chest by the realization that I had a mother right here where my own mothers were not, to help me, to love me in her way. And it was exactly in the way that I needed.

Claudette is a registered massage therapist living in Milton, Ontario, with her her husband and two kids, Hudson and Lilia.  Writing has always been a passion,  especially communicating in the most honest way possible.