A Naked Baby, a Lipstick, and a Pack of Cigarettes

or, How We Got A New baby Brother 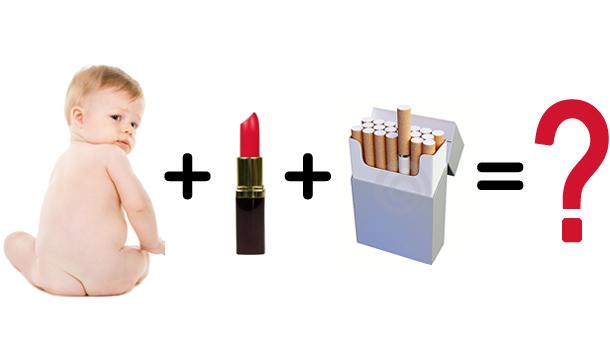 Not so long ago, on a Saturday night, I opened the front door to a frazzled social worker holding a naked baby wrapped in a blue towel.

The man was apologetic, but a baby had been abandoned and we were on emergency call for their agency for the weekend. The baby had apparently been taken to a police station where a paramedic pronounced him healthy. There was a slight “explosive” incident at the police station that resulted in the determination that the baby was better off naked than keeping his diaper on.

Saying Goodbye To My Foster Child: I Will Remember You

So Naked Baby was shoved into my arms with a plastic bag of “items that were left with him.” Examination of the plastic bag produced lipstick, a pack of cigarettes, and one pink baby sock. The worker left quickly with a harried "sorry" thrown over his shoulder.

My kids quickly gathered together to discuss “The Mystery of the Naked Baby.” A new "sibling" was always quite the treat. A lively debate ensued on what his name could be – my son was quickly outnumbered with his suggestion of Sherlock. We settled on George, which was accompanied by a wild rendition of “George of the Jungle” and kitchen dancing. George was fascinated. After a bit of chaos and a vigorous dog licking, he passed out like a starfish on the couch.

We scooped up George – blue towel included – and buckled him in a car seat to go make an emergency trip for baby necessities. I soon realized I made a gross error in judgment by bringing along my other children.

“We need to get diapers for my new brother Sherlock because he is naked,” my son announced solemnly to the store clerk.

“His name is George!” my daughter hissed. She clarified loudly,“His name is actually George and we need diapers AND clothes because he doesn’t have any.”

My daughter rolled her eyes. “Like THAT is going to make a difference. That’s as useless as his cigarettes.”

My son turned to me and asked “Babies aren’t allowed to smoke – right?”

Giving Back My Baby

The clerk was staring at me wide-eyed. George/Sherlock picked that moment to kick the towel off his naked self and….as all babies like to do when the cold air meets their bare bum…

My daughter decided to take charge and walked up to a woman pushing a stroller through the aisle and stopped her.

“Excuse me,” she said politely. “What size diapers does your baby wear?” The woman looked startled and responded haltingly while staring at Naked Baby. My daughter turned to me jubilantly and exclaimed “Hey Mom! George looks like the same size!” Then, remembering her manners, she turned back to the confused woman and said “Thank you – we have never bought diapers for our brother before.”

George cooed and chewed on his towel.

I made a hasty exit from the store after some wildly blind purchases with eyes staring at me from every direction. I mentally acknowledged that fact that returning to the same store would not be high on my list.

And even though we eventually found out his name was Evan, we still called him George.

Heather M. Jones I'm Grieving the Mom I Thought I Would Be