I hope, in our small way, we have helped bring the holidays to them. 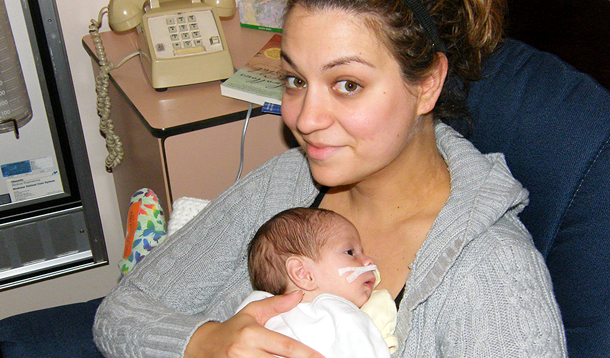 It’s hard to find a comfortable position when you’re sitting from anywhere between eight and twelve hours a day."

My son was only two days old when he was transferred to Toronto’s Hospital for Sick Children (SickKids).

The doctor who diagnosed him at birth told us they were not equipped to handle a baby with his condition and he would have to be transferred to a level 3 hospital.

Just a few days later my son was at SickKids having surgery and he would begin a six week stay in the hospital. 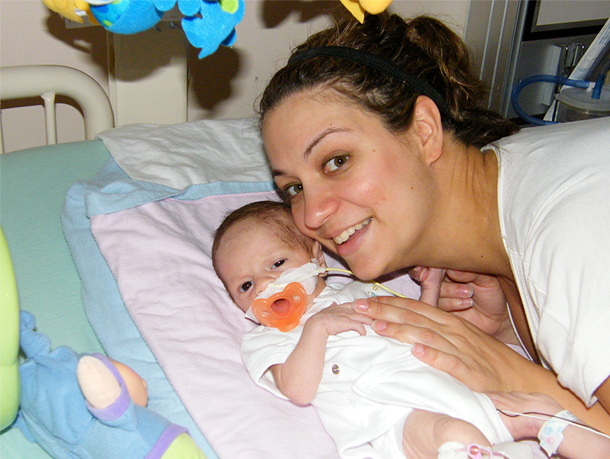 The NICU is a place where the lines between emotional pain and physical pain are so crossed that it’s impossible to tell where one begins and the other ends.

There were a handful of glider chairs floating around, but the NICU was filled to capacity - which means those few glider chairs had to be shared with dozens of other mothers.

So I would sit on whatever was available.

You could find me perched high on the backless metal stools that were stationed in front of the nurse’s computer, shifting around on a hard straight-back chair, or sometimes standing hunched over his little body singing to him in a soft hushed voice. Whenever possible, you would find me rocking him in a soft glider chair, and it was in those moments that I would almost forget we were in the hospital. I would close my eyes and rock, feeling the warm weight of my new baby in my arms, and I could almost swear I was home in the comfort of his nursery that sat empty, patiently waiting for him to come home.

For six weeks, I searched for comfort - both physical and emotional. Each day blurred into the next, and SickKids became our home away from home. Our son became stronger; we built relationships with the doctors and nurses who would forever hold a place in our lives.

...Until the day came that we were given the all clear to go home, and we we tried to build our lives as parents. 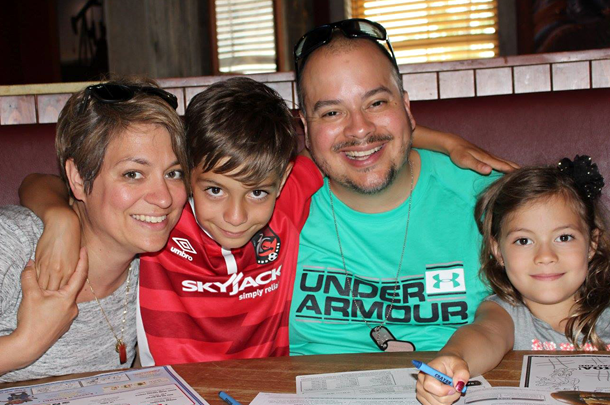 Before long, we were celebrating our first Christmas as a family. I decorated, wrapped and baked, and my husband had already bought me the best Christmas gift of all.

He had picked up the SickKids Get Better Gifts Catalogue during one of our clinic visits at the hospital. As he flipped though the catalogue looking at all the ways your donations to the hospital help, he stopped on the one gift he knew would matter most to me.

On Christmas morning, I opened a personalized card from SickKids with a message that our donation was helping the hospital purchase glider chairs so that parents could comfortably sit while holding their baby.

When you flip through the SickKids Get Better Gifts catalogue, you can see how donations big and small help the hospital. $12.00 goes towards arts and crafts supplies, $24.00 towards a glider chair, and $45.00 towards a holiday meal for a family who will spend the holidays in the hospital.

It’s become a tradition. Every Christmas for the past nine years, I receive a gift from SickKids Get Better Gifts, and every Christmas it reminds me of how far we have come. I spend some time thinking of the SickKids families who won’t be home for the holidays and I hope, in our small way, we have helped bring the holidays to them. 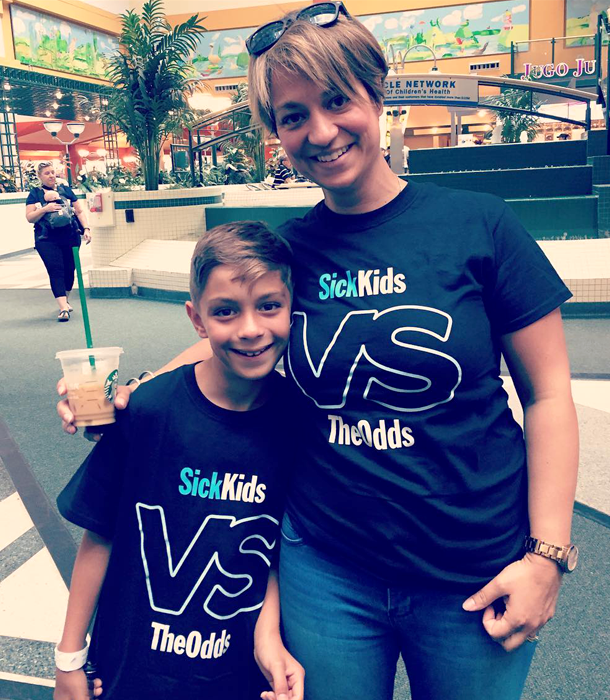 This is proudly sponsored by our friends at SickKids.