Can a Relationship be Restored After an Affair?

One person cannot do it alone 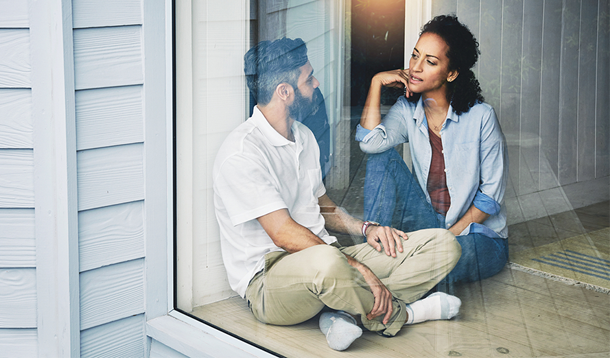 If you’re in a marriage where one spouse has cheated, unfortunately you’re not alone. According to General Social Survey done in 2010 by the National Science Foundation, 19 percent of men and 14 percent of women are unfaithful at least once in their marriage.

For many, an affair leads to divorce. But it doesn’t always. Either path includes pain and heartache. So couples must ask themselves a series of questions: Do I love you? Will staying together be worth it? Can the cheating spouse change their ways? How will either pathway influence our children?

Kate and Tom had been drifting apart for years before the affair happened. Tom’s relationship with his co-worker started out innocently enough, but with much lacking in his marriage, he started to crave the attention this new woman was giving him. It lead to an affair, and it even lead to a pregnancy.

The cat was out of the bag. Tom had cheated and he couldn’t hide the fact. Tom and Kate already had two children, so splitting wasn’t an easy decision. Tom wished to stay together and work things out. Kate was on the fence about the situation. Could they work things out and have an even better marriage than before?

It took them both a lot of time and separation to think it over. Tom stayed at an apartment for a few months while Kate stayed at home with the kids. Over that time, they wanted to see if they had anything worth saving.

They started doing things they had neglected before, like weekly dates. They didn’t see each other much during the week, but they did talk on the phone to check in; over time those phone conversations were less cordial and more flirty. They were starting to rebuild.

Eventually Tom moved back in. The other woman isn’t in his life anymore—as a romantic partner—but their daughter is. Initially Kate couldn’t imagine having to deal with her husband’s baby by another woman, but now that their marriage has come full circle, she harbors no ill feelings about the past.

In fact, they both have realized that their marriage now is even better than it was before the affair. The affair, they say, was the wake up call they both needed to put their marriage first from that point on.

If your marriage has experienced an affair, here are 5 tips to help you work things out:

Both Spouses Must Be On Board

If one spouse isn’t willing to move forward and work on the marriage, there isn’t much you can do to change them. In that case, the cheating spouse may not be willing to let go of the affair, or take all the steps necessary to repair the damage that has been done.

Let’s face it—there isn’t much harder in life than the task of restoring a marriage after an affair. Perhaps the most difficult part of forging ahead is that you don’t know if things will work out. Can the cheating spouse not cheat anymore? Can the non-cheating spouse get over the hurt and allow trust to re-enter the marriage?

One person cannot do it alone. It must be done together, with both people giving 100 percent. It may take some time for each to decide which path they want to take, so give each other time. But eventually there must be a discussion about whether or not you both are on board.

Backed by science, couples must not have any more secrets if they want to save their marriage after an affair. According to a study by the University of Washington and the University of California Los Angeles, couples who had the highest divorce rates were those who had secret infidelity, at 80 percent. For those couples who told their spouse about the affair, the divorce rate was about 40 percent.

The study also looked at marital stability among couples that had survived infidelity, and those who did not have infidelity, and after five years marriage satisfaction was pretty similar among all couples. That’s great news when looking long-term at how marriage may be after an affair.

When an affair happens, be open and honest. Answer all questions, even though it won’t be easy to talk about. From that point on, spouses must also be completely open about interactions, texts, calls, etc., so your spouse knows that they can trust you again.

Restore Issues that Contributed to the Affair

In the case of Kate and Tom, they hadn’t been putting their marriage first. Kate had started a new career and worked overtime constantly. Tom had stopped planning their weekly dates and instead spent more time on the golf course. When they were home, they mostly avoided each other and spent time apart on social media or with the kids. Intimacy had all but stopped.

After the affair, they both discussed what had been missing in their marriage for so long. Usually an affair is the result of something that is lacking in the marriage; if Kate and Tom would have addressed their issues sooner, perhaps the affair wouldn’t have happened. But it did happen, and now they had a chance to change things.

After an affair, multiple emotions and thoughts spill out from all sides. Many times there is too much anger, sadness, and guilt for the couple to sort out on their own. If you have been through an affair, get into marriage counseling as soon as possible. A trained, experienced counselor can help you both as you recover.

It’s one thing to talk about what’s missing and promise to be better—but it’s quite another to actually follow through. Meeting each other’s needs should be priority one for both of you now. The marriage should be more important than anything else in your life. What does that look like? Being more loving in the way your spouse needs—perhaps that could mean more household chores, perhaps more communication throughout the day, perhaps more physical contact. Become a student of what your spouse needs, always studying and learning about them, and then deliver. Their happiness needs to become your happiness.

Recovering from an affair will be hard, but it is possible. Instead of looking at it as a big, insurmountable task, take things step by step. Your marriage is worth the time and effort it will take to make it even better than before.

RELATED: Survey: You’re More Likely to Cheat if You Got Married in the Summer

Malini Bhatia is the founder of Marriage.com, a website dedicated to providing value in every marriage. Marriage.com provides resources, information and a community that supports healthy, happy marriages. Malini has global experience in international management and communications, and lives in Los Angeles with her husband of 11 years and two daughters.