This August 31st will mark the 19th anniversary of her untimely death. 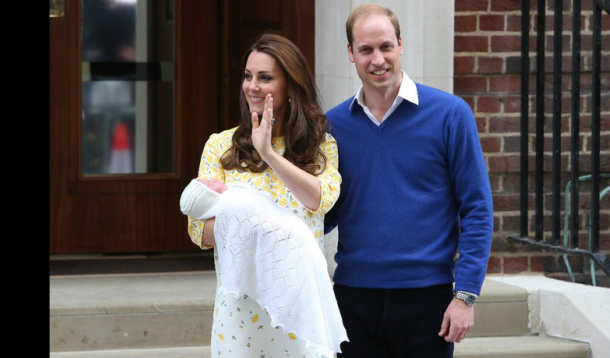 Princess Diana would have been 55 years-old this year. Most of us remember exactly where we were when we learned of her tragic passing. Many of us rubbed our sleepy eyes, and wiped our ever-flowing tears as we watched her funeral - heartbroken, united in world-wide mourning over the loss of a gem, a philanthropist, a mother, a dear and loyal friend.

This August 31st will mark the 19th anniversary of her untimely death. As a mother to four small children, her motherhood legacy has taken a deeper meaning for me. So much of the media lately has spotlighted the disapproval and shame we impose on mothers. We can do nothing right, it seems.  I have the deepest respect for how she chose to Mother on her own terms, despite the confines of a ridged establishment. Here’s how Diana paved the way, and is still very much, a role model for today’s Moms:

In a 1995 interview with BBC, she opened up about her struggles with Postpartum Depression – a time when PPD and other post natal illnesses were not as widely discussed or acknowledged as legitimate.   She was the epitome of beauty, grace and dignity, had every reason to keep her suffering concealed and every resource to make that happen.  But she didn’t.  She laid her insecurities and struggles in mothering out for us to know.  A trailblazer, in my opinion, for opening the dialogue and acknowledgement of ante & post natal mental illness, even though she paid a price for her honesty with harsh insults of being unstable and attention seeking. In the interview she affirms that after William arrived, “I was unwell with post-natal depression, which no one ever discusses, post-natal depression, you have to read about it afterwards, and that in itself was a bit of a difficult time. You'd wake up in the morning feeling you didn't want to get out of bed, you felt misunderstood, and just very, very low in yourself.”

Undeniably, she showed us the struggles of Motherhood are universal, and ever so softly admitted, “we need rest” many a time.

She defined, with great conviction, her role in her sons’ lives, despite criticism and disapproval. She chose to adapt her working, dutiful life to the demands of mothering. No motherly task was beneath her. It all mattered and she honoured that. Reportedly, she rarely deferred her responsibilities or asked for the approval of the Prince or to the Royal Family, and was often very involved in decisions when it came to the children. For instance, she chose their first given names, rejected the hiring of a royal family nanny and instead selected her own, chose their schools and clothing, planned their outings, shuttled them to school herself as often as her schedule permitted. Public duties were scheduled around their timetables.

Diana gave her sons wider experiences than are usual for royal children. She understood the importance of letting a child be just that. Recall the time she took them on a very casual Maid of the Mist boat cruise in Niagara Falls. She delighted in the joy of being soaked. Her sons’ presence and enjoyment alongside her made her glow. 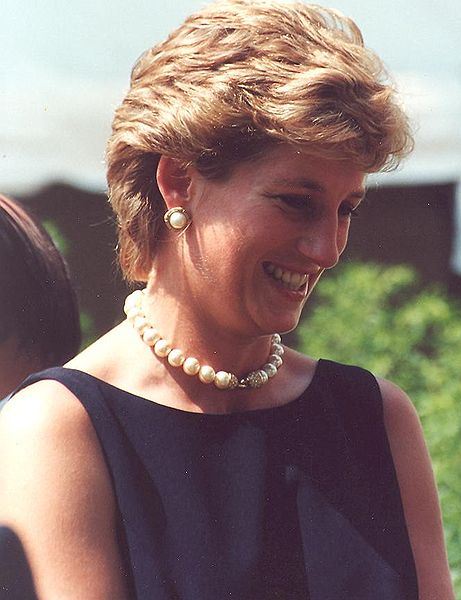 Her maternal strengths and grace extended beyond her close relations with her sons, and to the numerous charities she engaged with, including those supporting the homeless, youth, drug addicts, and the elderly. Many were part of her duty to serve, yes. I will never forget, however, the images of her embracing individuals stricken with HIV, at a time when fear of contraction of the virus was at a peak, and the manner in which it spread not entirely known – effectively igniting a movement to reduce the stigma attached to the disease and a true display of her humanity, compassion and the depth of her love for the vulnerable. She mothered, essentially, those society deemed unlovable, unworthy of affection.

She did not cave to the ideals of the mother she should be (i.e. those her Mother in Law, Her Majesty the Queen, tried to encourage) made decisions most suited to her mothering style and values, and made no apologies about it despite rather regal disapproval. Moms worldwide can, no doubt, identify with the delicacy of MIL and DIL bonds, and can learn from Diana how to eloquently Mother on our own terms despite traditional ways of mothering in our own families. The former way of Mothering isn’t always THE way.

And ultimately, just as she pointed out, we should lead from the heart. Right when we feel like we’re screwing this mothering thing up, she reminds us, as long as your decisions are made from the heart, you really cannot go wrong.

“I'd like to be a queen of people's hearts, in people's hearts…I do things differently, because I don't go by a rule book, because I lead from the heart, not the head… someone's got to go out there and love people and show it, ” she had said.

Diana humanized mothering. Being raw and human was her power.  She was so brave. Despite doing it all wrong according to her Royal ties, she mothered on her own terms. None of us, not even Princesses do it perfectly.

Her lasting legacy is the two beautiful examples of the power of a mother’s love – William and Harry who have grown into fine young men. William has married Catherine, who now, in little Prince George and Princess Charlotte’s upbringing, has shown a deep respect and admiration for the method of Mothering Diana fought for. Mother from your heart,  and you cannot go wrong, Mamas. Set your own standards. Unconditional love and values linger in our children. That is our everlasting legacy. Not the mothering methods we will be judged and scrutinized for.

RELATED: Turns Out Motherhood Isn't What I Imagined