Postpartum Pause: The Reality After Baby #2

It's not what I was expecting 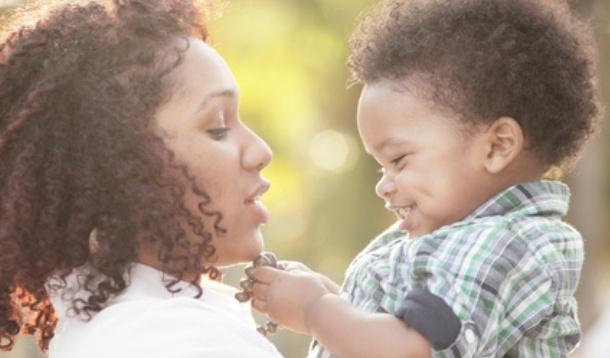 The first time I heard (and really paid attention to) the words “post-partum depression” was in an interview with Brooke Shields on Oprah. At the time I was living in Winnipeg, Manitoba working as a nanny to a beautiful baby boy who was around six months old. I remember listening to Brooke Shields talk about her deep, dark thoughts and feelings of anxiety towards her new baby. I recall looking at the little cherub face next to me and thinking, “How could anyone have such negative feelings towards their own baby?” Full disclosure:  I was in my early twenties and I truly had no idea how pregnancy, child-birth and post-partum impacts a new mother’s body and mind.

Flash forward eight years or so and I am holding my brand new baby girl. She arrived two weeks early which, for a type-A event-planner, was throwing a wrench in my plans! I had a manicure booked that I was clearly not going to make! From the moment my daughter entered the world I intrinsically understood the “love at first sight” cliché. She was perfect and all my thoughts and emotions were positive and swelled around the fact that I wanted to keep her safe and happy for the rest of her life. One night while cuddling as a family my husband asked if I thought she would reach a million kisses in her lifetime.  I predicted that this would happen before her first birthday. He seemed skeptical, but now that she has turned three we believe that number is up around 5.2 million kisses.

My first pregnancy was normal, complication free, and I did not have any issues with morning sickness or fatigue. I was very active throughout and didn’t gain too much more weight than recommended by my doctor. My second pregnancy was almost the complete opposite!

Almost two years after the birth of my daughter I became pregnant. Nearly twenty weeks of morning sickness and I was exhausted all the time. I know the introduction of a toddler who ran circles around my ever-expanding waistline was a factor, but this was a level of fatigue that could not be satiated with ten or more hours of sleep. (Not that I ever got that much sleep!) I tried to stay active but even doing simple, gentle yoga was too much for me. I tried to eat healthy and do all the great things that I did while pregnant with my daughter, but by the end my “vanilla milkshake a day” habit was a reward for lugging my belly in and out of bed.

Unlike his sister, my son was quite comfy inside my belly and waited until two days after his due-date to arrive. Similar to my first, this labour was relatively quick and “easy” and once again, as I stared into his blue eyes, I instantly fell in love. A friend told me that when you have a second baby it’s not like splitting your heart in two: you double its capacity for love.   That is exactly how I felt.

Leading up to the birth of my son, my husband and I kept saying that our daughter had no idea what was coming, and that her world was about to be rocked. Well, she handled the birth of her brother like a champ; it was me who was rocked to my very core.  I had no idea what the hell was happening, almost as if my world had been turned upside down. Eventually the interview with Brooke Shields came to mind and I felt a distant camaraderie with her, even all these years later.

My son was born around three in the morning and it wasn’t until the afternoon that my husband went home and brought my daughter to the hospital. I remember feeling nervous about her arrival, but I assumed it had to do with her meeting her sibling for the first time. I had been living in the tiny bubble that was my hospital room; just me, my husband and our new son. When our daughter arrived, she was accompanied by my mother, mother-in-law, and my brother and his wife. When my daughter entered the room I felt panicked. I suddenly didn’t want her to come up on my bed. She was lifted into my arms and she hugged me and I know that I went through the motions, but in my head I just wanted her (and everyone) to leave, and for me to be alone with the baby again. The feelings of disconnect between my daughter and I was suddenly like a loud alarm going off in my head. I tried to quiet the noise by handing her off to other relatives and telling everyone that I was tired. This seemed normal since it had been about 12 hours since I had given birth, so the room emptied fairly shortly thereafter.

We were discharged the next day and I remember feeling like a ball of nerves on the way home. I didn’t want to stay in the hospital, but I wanted to have more alone time with the baby. I wasn’t ready for the world of a toddler. I didn’t want to talk to her, play with her, or have her crawl all over me. It was making me feel like a horrible person.  Only a mere forty-eight hours earlier all those activities and feelings were one hundred percent different.

The feeling of panic, disconnect and detachment from my daughter fortunately didn’t last long. By the time our son was two months I was ready to take her out of daycare part-time. I felt both strong enough emotionally and brave enough to just “rip the band-aid off” and see how it went.  I could put her back in daycare full-time, or have her spend extra time with grandparents, so I knew that if I felt overwhelmed there were options. I am glad I forced myself back into her life.  I am sort of an “all or nothing” person and diving into the deep end of parenting helped me. I am back to being thoroughly obsessed with her and smothering her with kisses on a daily basis, and I am so grateful.

It’s encouraging to see the conversation around post-partum getting louder and also to see that there is support available.  At the time I didn’t really talk to my husband about my feelings; however, since then we have discussed that first month and he admitted that he had known something was up with me. My husband had recognized that I needed space away from our daughter and he’d been happy to assist me in that way. Talking to him and realizing the way he had silently supported me made me fall in love with him all over again.

Women need to share their unique experiences. Family, friends and healthcare providers can all benefit from learning about the varied experiences of new mothers.  When I scroll through my phone looking at photos of my kids (which normally happens when they are both tucked into bed and I suddenly miss them) there are two photos I linger over: one is a photo of my daughter running through a park chasing ducks, and the other is a photo of my son mere hours after he was born. I used to get a funny feeling when I looked at the two photos side by side because it reminded me of life with one child versus life with two. It reminded me of a time when I would smother my daughter in kisses and hugs and how the very next day I was not be able to even handle her sitting next to me.  Remembering the feelings and talking (and writing) about them has helped me move through this new phase of motherhood. I wasn’t sure what it was at first, but when I explored and researched it further I realized it was post-partum depression. My feelings toward my daughter were not because I didn’t love her, but rather because I had just undergone a major milestone of my own and I needed time to adjust.  And that was perfectly normal.

I am a mid-thirties, mom of two living in Northwestern Ontario. I have lived in Winnipeg, Victoria, Vancouver and Toronto and travelled throughout Europe alone and with my husband, to whom I have been with for ten years and married to for two and a half years.

Professionally, I have mainly worked for non-profit organizations, fundraising and planning events, however since moving back home; I switched it up a little and am managing the Undergraduate Recruitment office for Lakehead University. I have been on maternity leave since mid-June 2015.

I have an undergraduate degree in Criminology and a Master’s degree in Conflict Analysis with a specialization in Organizational Development…my husband never wins an argument!

I have run over a dozen half-marathons and two full marathons and hope to instill a love of physical activity in both my children. I also bake cookies, muffins, etc. at least once a week, to help motivate me to get my butt out the door and to the gym!