The Show Everyone Has To See 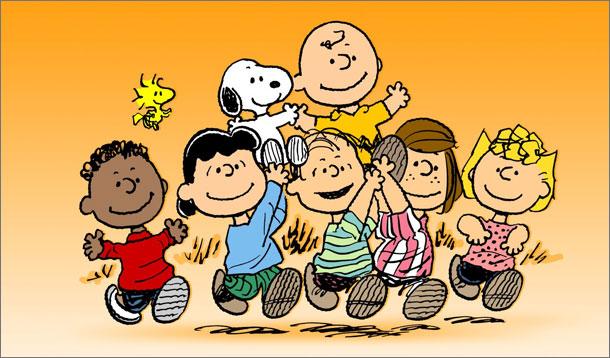 I will be honest—I loved Charlie Brown when I was growing up. I was a thumb sucker until I was eight (my teeth stayed perfect, thank you), but when I thought about Charlie Brown as a musical, I thought it was a silly idea. Bad Stephanie! I even doubted Stratford Festival’s decision to present this musical (I’m still repenting). I believed there were better musicals for children to watch. Why Charlie Brown?

I researched the history of this musical and wondered how I lived my life NOT hearing the musical. At one point, it was originally slated as a “concept album” (does that ring a bell to last year’s "Jesus Christ Superstar"?). It was originally staged off-Broadway, in 1967, and garnered Drama Desk Awards, an Outer Critics Award, and a Theatre World Award.

A revival in 1999, where Peppermint Patty was dropped and Sally added, was nominated for four Tonys, winning two (Kristin Chenoweth and Michael Meyer). (Again, this is reminiscent of Superstar, but I digress.)

Had I read reviews of past performances, maybe my mind would have been more open for Stratford Festival’s production. I’m kind of glad I didn’t, because with having low expectations, I was blown away. But I think if people attend even with high expectations, they will still be blown away.

I brought all of my children, aged eight to sixteen, to this show. Being seated in the balcony seats allowed us to buy and bring popcorn into our seats. It smelled great, but felt very weird. I felt sorry for the facility's employees who had to clean up the mess of popcorn prior to the evening show. The popcorn boxes are narrow, so no matter how carefully we ate, we seemed to drop some on the floor. I am grateful there were no people in the seats in front of us, because they would have felt popcorn fall down their shirts. All this being said, I am ambivalent about Mr. McAnuff’s decision to allow popcorn onto the balcony. But it is cute to say that we sat in the “Peanut Gallery.” And, the children certainly did love eating during the show!

When the show started, I was so proud of myself for watching a curtain rise without crying. Honestly, that was probably a record for me. However, by the second song, I was done. I think I cried or laughed through every song afterwards.

The director and choreographer is the ever so brilliant Donna Feore, who is in her 18th season with Stratford. The musical director is Laura Burton, who is in her 32nd season with this illustrious theatre company. There are many Stratford debuts in this production, and I wonder why they have not been cast prior to this season. Stratford Festival does have world class talent and productions—we should be very proud of it, and it is, relatively, in our own backyard.

“You’re a Good Man, Charlie Brown,” is a series of vignettes (not a storyline) in a day with Charlie Brown and friends. It has very minimal sets, but the sets that they had were outstanding! There were a few surprises hidden in them, which I will not divulge.

The musical number, “My Blankie and Me,” was wonderfully choreographed, with not only Linus (played by Kevin Yee) dancing with his infamous blankie, but with the other actors dancing as blankies, as well. I have a son, who will remain nameless, who had a blankie for ever. This song began my waterfalls.

Snoopy (played by Stephen Patterson) could have stolen the show if the entire cast wasn’t so darn talented. You will never see a Snoopy like this, I would venture to say. He actually talks, dances, howls, and completely entranced the entire audience. It feels wrong as an adult to think Snoopy was sexy, but it isn't far from the truth.  Snoopy’s “Dinnertime” alone is worth the cost of admission, and “The Rabbit Chase.”

I highly recommend this production to everyone—old and young. In the internet age, many children do not know the Peanuts characters, other than for the Christmas and Halloween specials. It will bring back many memories for parents and create new memories for children. Stratford has special “Family Experience” specials to help the outing be more affordable for families.

During the intermission, I asked my children about, seeing how there were four actors in “The Book Report,” and with me having four children, who would be which character? There was a lot of finger pointing and denials. I mentioned that one person in the family was the perfect Charlie Brown. My eldest looked down at me (yes, he’s inches taller) and said, “Mom, don’t we all have a little bit of Charlie in each of us?”

And THAT is why everyone who wants to see one show with their children this season should take in this production. It is lively, catchy, profound, and, yes, it is true—we all have a bit of Charlie in us.

Sago! (Mohawk for hello). I am married and have 4 wonderful children who I nursed for 3 years each. I am Mohawk and French Canadian, an Aboriginal Midwife and Lactation Consultant. I'm a theatre and literature lover. I also am a photographer for SNAP Haldimand-Norfolk. I have come through postpartum depression twice. I have given presentations on Postpartum Depression, Midwifery, and Breastfeeding on Aboriginal Communities. I'm also a Certified Canadian Red Cross Instructor.