Why Families are Rushing to Experience Peter’s Final Flight

This Holiday Family Tradition Is Going To Sell Out 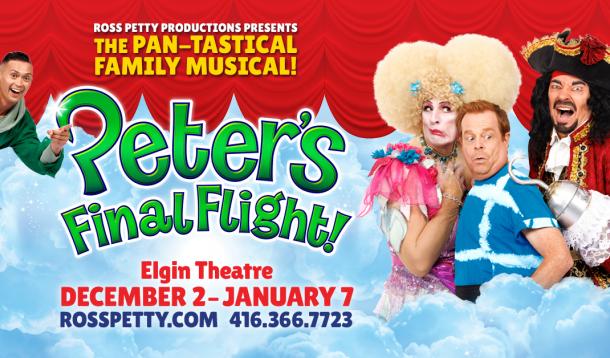 If you haven’t bought tickets for Ross Petty’s production of Peter’s Final Flight, I’d do it quickly. I’m pretty sure this holiday family tradition is going to sell out. Here’s why.

Twenty-five years ago, Ross Petty was cast in a British pantomime that changed his life. The broad humour and audience participation inspired Ross to produce and star in what has become an annual traditional for families in Ontario. He just announced that Peter’s Final Flight will be his last family panto. Those of us who have had the gift of experiencing his Fractured Fairytales with our families are gutted.

For the last ten years, my kids and I have attended every one of his family musical productions at Toronto's Elgin Theatre. The shows are hilarious, silly and fun for everyone, no matter your age. Part of the traditional English pantomime encourages audience participation. Rather than asking our kids to sit quietly, the audience cheers, yells out answers and boos the bad guy who is inevitably Ross Petty’s character. At some point, kids are invited onto the stage to be a part of the show. Inevitably, something hilarious always happens organically. Every year, Ross commissions an original script loosely based on well-known fairytales, which is masterfully crafted into a non-stop laugh fest for all. This year’s Peter’s Final Flight is loosely based on Peter Pan. Kids are entertained with familiar yet wacky characters doing outlandish things, while parents are served up timely pop culture jokes that fly right over the heads of the little ones. And everyone boos Ross Petty, the ultimate villain. It’s the best.

While Ross inevitably tries to steal the show with his booming baritone and evil deeds, his drag queen sidekick PlumBum is a close second. Played by Stratford’s Dan Chameroy, his over-the-top PlumBum character is drag on steroids. To be clear, Dan made drag mainstream before Rupaul turned it trendy. 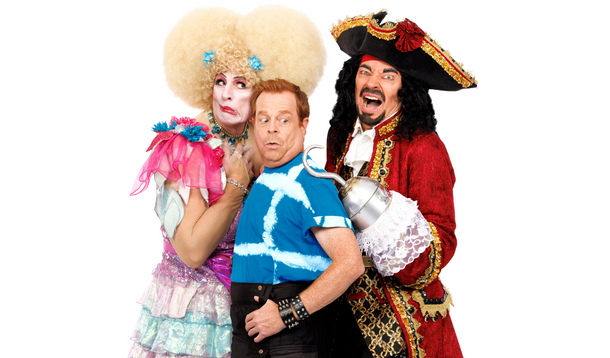 Surprise celebrity casting is another of Petty’s trademarks. In the past 25 years, he’s had Ernie Coombs, aka Mr. Dressup, guest star in three shows, Bret "The Hitman" Hart performed in two national tours, Alan Frew from Glass Tiger, Patty Sullivan, Jessica Holmes and Scott Thompson from Kids in the Hall - everyone wants to be a part of Ross’s theatrical chaos. I’m still waiting for my invitation.

Which brings me to why you better buy your tickets for Peter’s Final Flight now. The show will sell out. Over 25 years, so many families across Ontario have made Ross’s shows their family tradition! Ross gets emotional pointing out how those kids who were 6 or 7 when they first experienced his Christmas panto, this year they'll be in their early 30s in the audience with kids of their own. Everyone, and I mean EVERYONE, will be there to boo Ross Petty off the stage one last time.

Ross Petty Production’s farewell production of PETER’S FINAL FLIGHT: The PAN-Tastical Family Musical! runs from December 2, 2022 to January 7, 2023 at Toronto’s historic Elgin Theatre this winter. Bringing closure to 25 years of live shows at the Elgin, The Maestro of Mayhem will personally bid farewell to several generations of appreciative audiences and return to the stage in his favourite role, the villainous Captain Hook. I’m crying already.

Tickets are available online at www.RossPetty.com. I’ve already scored tickets for my family. I suggest you do the same.

This is proudly sponsored by our friends at Ross Petty.