When you become a theatre kid, you enter into a community for life. 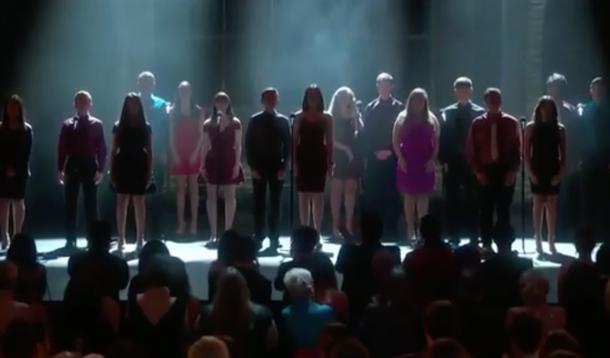 When they took the stage, the kids in the drama club from Marjory Stoneman Douglas High School were in good company. The audience at the Tonys was filled with veteran theatre stars, but they rose in unison for the small group of teenagers. It’s true, these were no ordinary kids – they were survivors.

The two notes that cause a visceral reaction in every theatre-lover sounded, and audiences at home began to well up with tears. They were about to sing “Seasons of Love” from the musical RENT -  a song about surviving a tough year and coming out the other side. A song about knowing that by the time another year passed, there would be members of the group of friends missing. A song about strength, and action, and finding joy in hardship.

We all knew why they were there and what they had been through. Yes, the audience was filled with theatre giants, but each of them was once a theatre kid like the ones on that stage. And all theatre kids know a secret – theatre heals.

I started doing theatre when I was eight. I shocked my parents when I announced I was bound for the stage. I was unable to carry on a conversation without panicking, but I had just confessed my desire to voluntarily showcase myself in front of countless people. While I’m sure they were placing bets on how soon I would freak out, they honoured my wishes and signed me up for a drama class.

But I didn’t freak out. I felt like I had found my people. In grade eight, I applied for, and auditioned to get into a school of the arts high school. Despite stiff competition, I made it in, and I excelled. I have never been able to explain why I was pathologically shy one-on-one, but completely comfortable on a stage in front of thousands. I auditioned for every play, and the ones I didn’t get into, I signed up for crew on. I got involved in community musical theatre. By seventeen, I had been Evita’s lesbian lover, an elderly wife in Setzuan, a Greek god, a Shakespearian nurse, and a whore in Texas.

Acting was fun. So was directing. Even stage crew had its moments. But it isn’t what’s magical about theatre. When you become a theatre kid, you enter into a community for life. Whether you are shy or outgoing; popular or a wallflower; a kid in high school or Lin-Manuel Miranda, you belong in this club, and you are supported by your club mates. There is no feeling on earth like lounging in an empty theatre or rehearsal room, alternating between creative crafting and goofing around. As an audience member, the magic is the polished performance. If you’re a theatre kid, it’s in the rehearsals, between takes.

Membership in the theatre kid club never expires. You never outgrow it. You could walk up to a Tony Award winner and feel an immediate kinship that goes both ways. I have often heard impossibly successful theatre stars genuinely thrilled to meet a grade ten drama student. The Tonys audience were on their feet for the Marjory Stoneman Douglas students because of their courage and heroism; but make no mistake, that crowd would have cheered loudly for theatre kids from anywhere.

And it isn’t just performing. There is something unique about the stage that can never be matched by movies or even books. Witnessing a live show, or falling in love with the cast recording, can change your life, and every theatre kid has the one show that defines them.

For me, and most of my class of 1999 cohort, that show is RENT. Everyone in my drama class had seen it, or at the very least knew the soundtrack word for word. I saw it three times, and though I had seen hundreds of plays by this point, RENT was different. It connected all of us. We were angsty teens, and it was an angsty play with edgy lyrics, uncommon at that time. When we got together as a group, us theatre kids performed it amongst ourselves. Somewhere I have a photo of a friend at our graduation party, half-naked by a pool, holding his hands above his head in invisible handcuffs - an homage to the show.

In smaller groups, we shared the profound lyrics quietly, and discussed their power and significance. In private, we closed our eyes and felt the music with our souls. RENT put into words all of the emotions that passionate, over-whelmed, yearning to find my place teenage me couldn’t quite wrangle. I expressed myself through RENT. Whenever I was hurting, it healed me. At thirty-eight years old, I still turn to it when I need an emotional release. Whether you're nineteen or thirty-eight, rage-singing “What You Own” does the trick.

There is something truly unique about being a theatre kid. It transcends a common interest. It’s a kinship without boundaries. It’s transformative. And so many of us owe who we are to its power.

The Marjory Stoneman Douglas students were singing to the world as survivors, and they wowed us with their bravery and sheer talent. But they were also singing to a room full of theatre kids, young and old, who knew in their hearts how much being in the drama club had done to heal those children.