Why Every Woman Needs to Watch Netflix’s “Juanita” 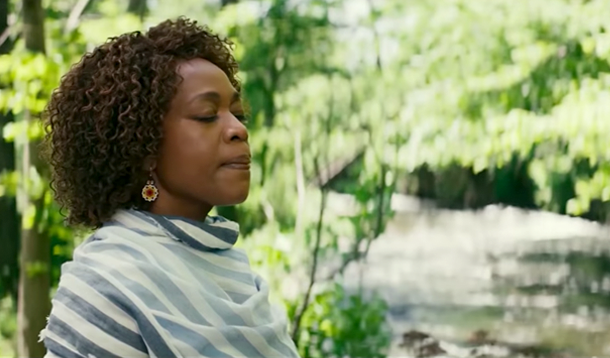 If you haven’t seen the beauty that is Juanita on Netflix yet, you might want to stop whatever you’re doing, call in sick, and get cozy on the couch.

Why does everyone need to see it?

Is it because of the effortless representation of women of varying sizes, cultures, and skin colour? Yes.

Is it because of the dark-made-light look at socioeconomic status, mental health, and addiction? Yes.

Is it because of the beautiful, organic, and oh so believable love story that unfolds between two people just living their lives? Yes.

And above all, every woman needs to watch this for its incredibly real callout to every woman who’s ever woken up in a cold sweat with the sinking feeling that “there has to be more to life than this."

Juanita is the story of a woman in Columbus, Ohio who is under-appreciated by her three adult children and her long term care employer, and has the clarity moment that, yes, there must be more than this. So she packs up and gets on a bus to middle-of-nowhere-Montana to find herself, and meets like-minded, authentic friends, including the owner of a tiny country restaurant, along the way. The relationship that develops between the two of them unfolds as the relationship she has with herself develops.

For some of us, the awareness of how to create balance between what we need and what our families need comes early, as we figure out that the key to family happiness and strength is to put our own air mask on first. For many, many more, this awareness does not come until much later in life, when we wake up one day feeling like we’re living someone else’s life, and can sometimes barely remember who we are anymore. That’s usually the kickstarting moment on our journey to come home to ourselves, and who we really are at our core.

Award-winning actress, Alfre Woodward shines as the lead, and the chemistry she has on screen with Canadian-born actor Adam Beach is both tenderly charming, and wildly electric. It’s a gentle, honest story about a woman living her life, and having the courage to truly be herself.

Add it to the queue.