This should just be the norm 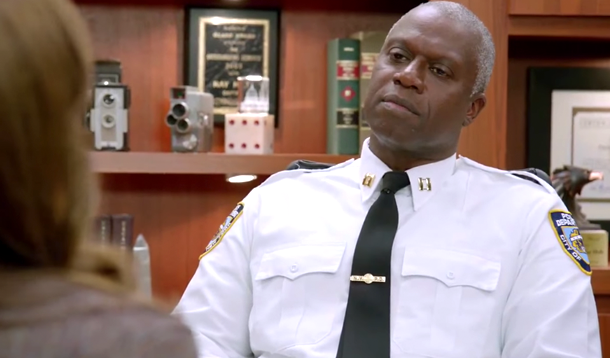 When Ellen DeGeneres’s character came out on her 90s sitcom, the shit hit the fan. It made headlines, the show died, and Ellen nearly lost her career.

Arguably, there had been gay characters on TV before, but they were always alluded to, never labelled or shown in a relationship. They were written as gay, we knew they were gay, but it must never be acknowledged. Then Ellen decided eff that noise, why shouldn’t we acknowledge it? And she did. And it was a Big Deal with capitals. While Ellen suffered a huge price at the time, her courage paved the way for better representation on television, and safety for stars to come out in real life.

In the years that followed, the media went from actively not acknowledging gay characters to hyper-recognizing them. If there was a gay character, their storyline revolved around them being gay, and articles were written about this new, gay character. If an actor came out, they made the cover of every magazine. We went from never talking about it, to constantly talking about it. And that was good at the time. It was a necessary catalyst for change, and lead to better representation for the LGBTQ+ community.

Similar experiences happened for representation of other marginalized groups. If a show featured a character or actor with a disability, storylines focused on it, headlines were made, and everyone discussed how ground-breaking and amazing it was. If an ad campaign featured a plus-sized model, or a model with Down Syndrome, or a model who varied in some way from the conventional notion of beauty, articles of praise were written. I know because I wrote many of them myself.

As a result, diversifying representation in the media, be it of race, ability, body type, sexual orientation, gender identity, or anything else, has become more mainstream and encouraged, and that is amazing.

But we need to stop praising it. Not because it isn’t a good thing, it is a wonderful thing, but what it needs to become is normal.

We need to stop thinking twice when we see diversity of any kind in the media. We need gay characters whose sexual orientation only comes up because they introduce their partners, just as happens with straight characters. We need characters with disabilities who don’t have to explain their disability or have a story arc about it, it is just part of who they are. Trans actors who just go about their business without calling attention to their transition in an unnecessary or unnatural way. Characters with pronouns that extend beyond he and she and it not becoming a headline giving accolades. Just make it normal for people to be different from one another on TV as it is in life.

This is not the same argument often given that people should “not see race” etc. Discussions about race, disability, gender identity, sexual orientation, body diversity, all of it is important and vital. We need to have these discussions. Inequality exists. Bigotry exists. Hate exists. Ignoring that simply makes us complicit in its existence. So I understand the temptation, and sometimes the necessity, in showering praise on those who make the effort to be more inclusive. But sometimes, when it comes to representation, it is more powerful and impactful to say nothing at all, and allow it to be normalized.

Imagine if every time you talked to or about your friend who was a racial minority, or had a disability, or was not cis or straight, you focused on that aspect of who they are? What if you made a point to tell everyone you were friends with someone who had a disability, or was gay? Or, what if everyone praised you for being friends with that person. It would be absurd and insulting. The same can be said for representation in the media.

Some shows have gotten the hint. I realize the hypocrisy in my calling attention to them, but I am offering them up as examples of how shows should be handling representation. Grey’s Anatomy was ahead of its time in its representation of race, sexual orientation, and women. While that representation was made obvious and pointed out at first, Shonda Rhimes's continued and consistent commitment to representation has shown her stance to be real, not done simply for the attention it brings.

Brooklyn Nine-Nine was one of the first shows that had a gay main character who simply happened to be gay as one facet of his character, without fanfare or exaggerated focus. Captain Holt is a gay man, but it almost never comes up as noteworthy. The characters discuss his husband as they would any character’s spouse.

This season’s new doctor drama New Amsterdam also handles representation well. One character mentions his husband in passing, without need for a storyline spotlighting his sexual orientation. Another doctor on the show is a little person, and again, he simply does his job without it being the major focus of his character the way it would have been not very many years ago.

Yes, discussions about bigotry and representation need to happen, but maybe we can stop praising people for including representation they should already be doing as a matter of course. Maybe making fictional worlds representative of the real one should just be normal and not newsworthy.

It’s time to stop praising shows that do it, and start holding accountable the ones that don’t.