This trend has been happening for ages. And I don’t like it. 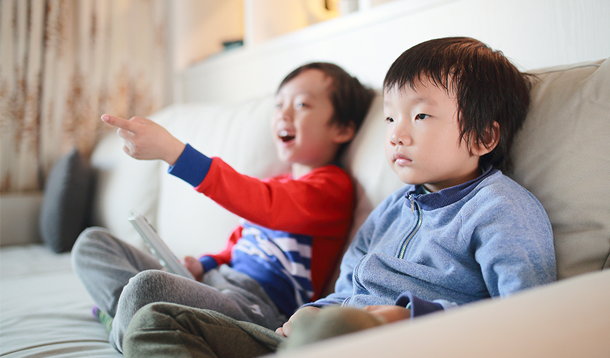 Have there been any original television shows airing lately? It’s hard to tell with all these reboots. It seems like all of our old favourites have been brought back or redone. Some are an original take on an old show, like “One Day at a Time.” Some have more of a spin-off feel, like “Fuller House.” And some, like “Roseanne” and “Will and Grace”, are flat out continuations of the old show. I guess there is some truth to the adage, “Everything old is new again.”

But while the adult world is having a love affair with nostalgia, reboots in the kids show world are nothing new. This trend has been happening for ages. And I don’t like it.

First of all, does everything have to be CGI? There’s something really unnerving about CGI Care Bears. They are creepy looking. Though, not as creepy as CGI Garfield and CGI Winnie the Pooh. Can we talk about CGI Inspector Gadget for a second? Because he looks like something out of a horror movie. Is Penny okay? Should we call someone? And are you kidding me with Bob the Builder? “Can we fix him? No, he’s screwed!” Just because we can do something doesn’t mean we should.

And why does everything need to be completely overhauled? There’s no consistency for anything. Can we please just make a decision about what size and age the Chipmunks are? And do they look like chipmunks or children? The latest incarnation has them looking like exceptionally hairy human middle-schoolers.

Some of the new stuff is good, I’ll admit it. The new “Magic School Bus”? Not bad. But why is it good? Because they kept the feel of the original, including keeping it 2D; they did a new show based on the old show instead of remaking the original; and they let the show stay true to its roots. That’s the way to do it, if you have to do it at all.

Soon, the world will have a new “Muppet Babies” thrown at us. My childhood is crying. It’s CGI, of course, because what childhood-ruiner isn’t? It’s missing several characters. Eff Scooter and Skeeter I guess. It’s unclear what happened to them, but I suppose in a show where the premise is a bunch of virtually unattended infants, it’s realistic to have a few of them “disappear.” Nanny’s still there, but she’s no Beaver Cleaver’s mom. Oh, and some random penguin showed up, because why not.

Instead of bad remakes, can we please just re-air the originals? They were great how they were, and they hold up, I promise. Show your kids some 80s and 90s cartoons and see for yourself. If we have the technology to make a CGI Thomas the Tank Engine, taking him from already unsettling to downright sinister, we can sharpen up the quality on some old “Muppet Babies” episodes.

You know when a celebrity gets bad plastic surgery and you look and go, “Yeah, they probably should have just left well enough alone”? That’s what these kids show remakes remind me of. Like, you can tell that’s Kenny Rogers, but something is very off. Oh wait, that’s Garfield. In the case of both celebrities and shows, they might look a little older and not be as fresh as they were 20 years ago, but they are still best in their original form, un-tinkered-with.

In the meantime, while we wait for showrunners to figure this out, I put my faith in you, YouTube. Help show my children what these cartoons are supposed to be. It’s the right thing to do.

RELATED: Lost in Space is the Murphy's Law Show You Should Watch With the Whole Fam