Violent Video Games Aren’t The Worst Thing Out There

This can not be our next generations’ new normal. 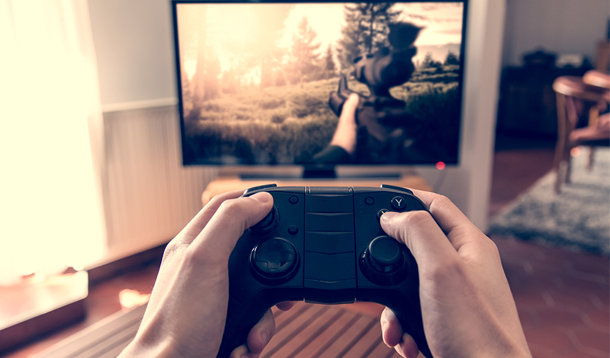 The police released security video of the shooting in hopes that members of the public can help detectives identify the two men involved. While they blurred out Soares as he was being shot it is still one of the most graphic things I’ve seen on the internet.

This wasn’t just a shooting; it was an execution.

It was my 13-year-old son who told me about the video. He saw it during recess this week.

My older son has an interest in World War II history and memorabilia. He has spent hours researching things online, and one day on the list of videos recommended for him was a beheading video.

When he told me about it a few weeks later, I felt physically ill. He didn’t watch it, but can you even imagine?

These are not games or movies. These are real life incidents that our kids can watch anywhere, anytime. It almost makes me want to laugh at how naïve I was when I thought researching and restricting my kids from playing violent games would protect them.

No first-person shooter games. No games with realistic killing.

While it’s good for parents to research violent games and restrict playing time, we need to be aware of these other things our kids are exposed to.

In 2013, actor Paul Walker died in a car accident. A few night’s later, I was scrolling through my Twitter feed and in my timeline up popped his morgue photo with his entire face split in half. It turned out to be fake. It wasn’t Paul Walker, but it was a person who had clearly died a horrific death.

Four years later I still can’t get that image out of my head. This is the lesson I want my kids to understand: There are some things you can never un-see.

I was a big fan of The Walking Dead until the infamous scene with Glen last season. I stopped watching cold turkey because that violence was completely gratuitous and uncalled for. Even though I loved the show, I couldn’t in good conscience support that sort of violence.

But we are continuing to watch it. In fact, parents are more worried about sex in films than violence.  72% of parents were more concerned about their kids seeing a penis in a movie than horror violence (59%).

Our kids are exposed to graphic violence every day. The constant newsfeed, movies, YouTube, Instagram and Snapchat… it’s all out there. Even if you take away their phone and computers, they still have access through friends.

That continued exposure is working towards building a tolerance to violence in young people, yet we have no idea what effect it will have in the future.

We parents need to up our game and be on top of this. The conversation has to be one that never ends.

This can not be our next generations’ new normal.

RELATED: A Must Read if Your Kids are Asking for Video Games for Christmas