An Outlander Fan's Guide to the Scottish Highlands 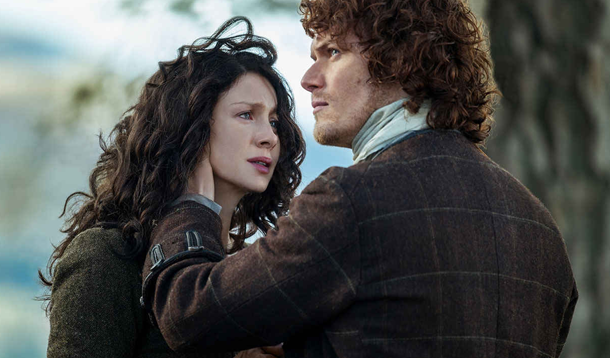 Outlander. Where do I even begin? It is hard to watch the show and not fall in love with Scotland's majestic highlands or Jamie's majestic, well, everything. If the spectacular scenery doesn't get you, then there is the passionate love story, the historical fiction, and the enthralling storyline. For those that haven't watched the series, I suggest you finish reading this and then go load it up on Netflix ASAP!

The Coles Notes version is: Claire Randall, who is married (though not happily), travels with her husband to Scotland in 1945 for a second honeymoon. While there, she accidentally falls through a magical stone at Craigh na Dun and falls out in 1743. Here she meets Jamie Fraser, the ruggedly gorgeous red-haired Scot to whom she ends up getting married to as well. There are lots of harrowing captures and escapes, but the epic love (and on-screen chemistry) between the main characters is what carries it.

When my family had the opportunity to visit Scotland this summer, I was ecstatic to visit the world of Outlander. Though it didn't dictate our trip entirely, it factored in to the research. It wasn't hard either since Visit Scotland, their official tourist office, even offers a map of filming locations.

Here are the top 5 places to find Jamie Fraser in Scottish Highlands: 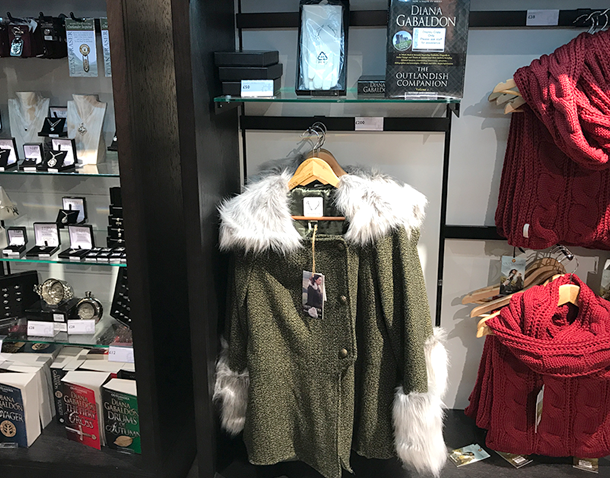 Every tourist attraction north of Glasgow and Edinburgh (i.e. in the Highlands) had some version of Outlander merchandise. The best being Doune castle (more on that below). Though mostly books and items you can readily find on Amazon, there was a line of jewelry that featured Craigh na Dun and dragonflies with amber embedded on their bodies.

What I really wanted was that knit sweater Claire wears in most of season 2. No luck. They also did not have full sized card-board Jamies, though I bet they would sell.

Outlander Fun Fact: The Dragonfly in Amber in the second season refers to 3 things: a wedding gift Claire receives, a line in the second book where she is in a situation she can't control (caught like a dragonfly in amber), and the fact that Claire, like the dragonfly, is a beautiful creature caught in a time in which she does not belong. 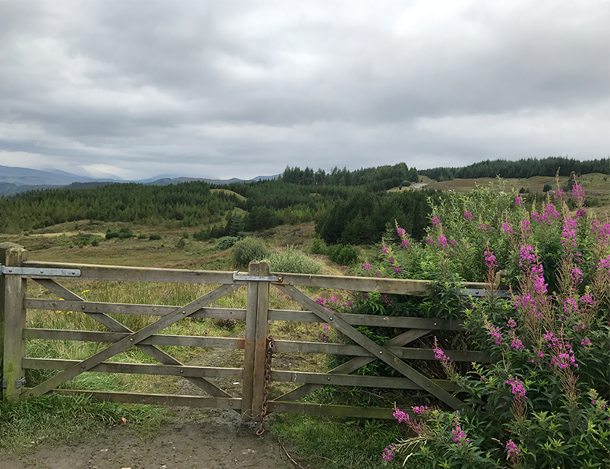 A glen is a Scottish valley, and Glen Coe, which is featured in the opening scenes of the show is even more gorgeous in person. I kept checking the horizon for Jamie riding by on a horse. We spent many hours hiking here, and I couldn't help singing the theme song.

Outlander Fun Fact: The Outlander theme song is the Skye Boat Song, which is a real Scottish song for which the show rewrote the lyrics to fit their storyline. 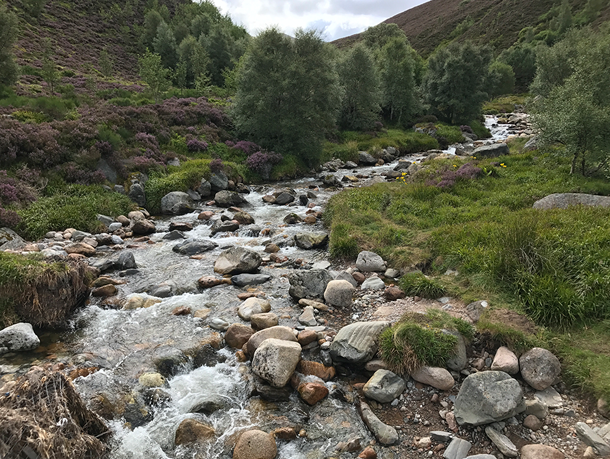 #3 The Highland Forests and Mountains

From emerald green ferns to purple heather, no special effects needed to film any of the scenes here either. I found it a real testament to the country that they could film a show today that was set nearly 300 years ago and it looks the same. This felt like every travelling scene in the show. I spotted red deer, but alas, no red headed scot.

Outlander Fun Fact: There is no Craigh na Dun. Which is good, because I doubt my husband would have actually let me go there.

One of the amazing things about the way Diana Galbadon wrote the story is that she incorporated the real history of the Jacobites' tragic defeat at Culloden in 1746. Of all the historical sites we visited in Scotland, this one was the hardest to stomach. It is still a wide-open field so it is easy to see where and how the battle happened. There are numerous grave stones that mark either clans or clan leaders. The Fraser stone is exactly as it is in season 2. It also had the most flowers (presumably from fans, since it was not the biggest clan). As this is a real gravesite and a sacred location, I did not take any pictures. Worth seeing though.

Outlander Fun Fact:You will not find Culloden on the list of filming locations on the Outlander map. I suspect that this is because they don't want it overrun with fans. Ancestors do come here to pay respects to fallen family. 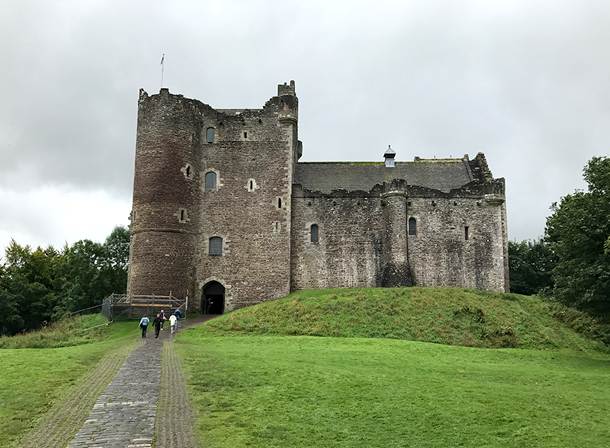 This is Castle Leoch, home to Colum MacKenzie and the MacKenzie clan. This is a smaller castle in Scotland and, thankfully, draws far fewer tourists than many others. It was also, by far, my family's favourite! It is a medieval castle that is still in excellent shape so you can climb the stairs and roam the rooms. They even had a free audio guide. We took the guides hoping to learn more about the history when I discovered 3 extra tracks narrated by who? JAMIE FRASER!!

Okay, it was narrated by Sam Heughan, who plays him, but come on. I was walking a castle in the Scottish Highlands with Jamie Fraser whispering Gaelic in my ear. It does not get more Outlander than that. It is also one of the few filming locations in which you can stand where they stood. Their gift shop had Outlander branded coats and scarves, though I opted for a "Lallybroch Knitters Club" t-shirt.

Outlander Fun Fact: They rebuilt the town outside and inside the castle bailey to shoot the first season. The kitchen however, which looks exactly like the castle's, is a replica they made on a sound stage. The old rock is too fragile for all the crew and equipment.

Fort George was built a few years after Culloden by the British army to protect themselves against another Jacobite rising. There wasn't one. They do have a Highlander museum though whose history starts after the show ends. I did not expect to find Jamie here, but then I rounded a corner and found this amazing poster explaining the role of Jamie's grandfather, Lord Lovat, who was a real person in history. Sweet.

A few people to thank...

To the amazing woman who put Jamie's picture in the Highlander museum, listed by his full name of James Alexander Malcom MacKenzie Fraser. For making him seem real, because we all know he is.

To my kids, for becoming adept at finding the Outlander merchandise in every store.

And to my husband, for indulging me in my fictional pursuit, despite his refusing to wear a kilt.