Not cool at all 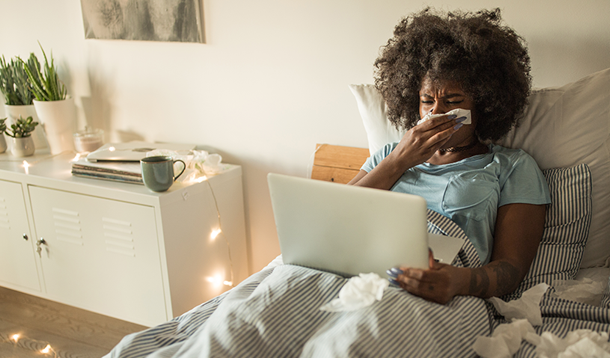 We have all made that call. We dread it. We know the person on the other end is not going to be happy, but we do what we have to do. We call in sick. It’s the right thing to do. We need to get better, and really, who wants to work around someone who is sick anyway? And sometimes it is out of our hands.

I will admit there have been times my husband has had to call in for me because I was too ill to even make the phone call. In these situations, all we want to do is curl up in bed and sleep – and good news for us, that’s what doctors recommend for most bugs anyway.

The past Ontario Liberal provincial government agreed. Under current legislation, employees can take up to ten days off a year, two of them paid, without an employer being allowed to require a doctor’s note. Of course this makes logical sense – if you’re too sick to go to work, why would hauling yourself to a doctor simply for a note confirming you are sick be in anyone’s best interests?

The Ontario provincial conservatives under Doug Ford disagree.  Proposed legislation would undo these allotted days under the rationale that people could be being dishonest about being sick, resulting in lost revenue.

This proposal has angered the Canadian Medical Association (CMA). CMA president Dr. Gigi Osler urged the government, on behalf of the association, to reconsider the proposal. “It’s unnecessary, it adds to the public health risk and it goes against what we would recommend to patients who are sick,” Osler said.

This flu season has been and will continue to be a particularly bad one.  It has proven to be especially dangerous to children. As is always the case with the flu, but especially this year, doctors are urging sick people to limit their exposure to others in an effort to lessen the spread. Requiring sick notes flies in this face of this advice. According to a poll by Ipsos, 82 per cent of Canadians would ignore recommendations and go to work sick if a doctor’s note was required. This action would expose everyone in the work environment to illnesses, including dangerous ones like the flu.

Going to the doctor simply for a note instead of staying home to rest is no better a solution. There is the risk of exposure to other people in the clinic from the employee, and it puts the employee at risk of being exposed to the illnesses of other patients.

Then there is the consideration of transportation. If an ill person needs to take public transportation to the doctor’s or to work, there’s an exponential risk of exposing people to illness.

In addition to concerns about the spread of illness, there is the consideration for our healthcare professionals. “[It will] only add to the burden of an already burdened health-care system,” Osler said. Requiring sick notes for illnesses that do not require medical attention would take appointment slots from people with illnesses who do need treatment. And if wasted money is the reasoning behind requiring doctor’s notes, it seems antithetical for government money to be spent on unnecessary doctor visits.

What does seem logical for employers to do? Trust their employees. They hired them because, presumably, they deemed them trustworthy and ethical – so, treat them as such. Encourage sick employees to stay home and away from other people. It’s the compassionate thing to do for the sick employee, and the morally and healthy thing to do for everyone else.

If having one employee off sick is difficult, imagine that illness spreading and taking out half the staff. Plan for those ten days a year per employee. Take them as a given and arrange the workplace accordingly. If some employees don’t use them, consider it a bonus.

It’s time to stop looking at working while sick as a badge of honour, or worse, making employees fear for their job security if they take a sick day. We all get sick, we all need days off sometimes. Let’s ditch the unnecessary sick notes and just look out for each other.