Why It's Wrong to Raise Our Kids to Be Colour Blind

here’s the thing: the ability to be colour blind is a privilege given only to white people 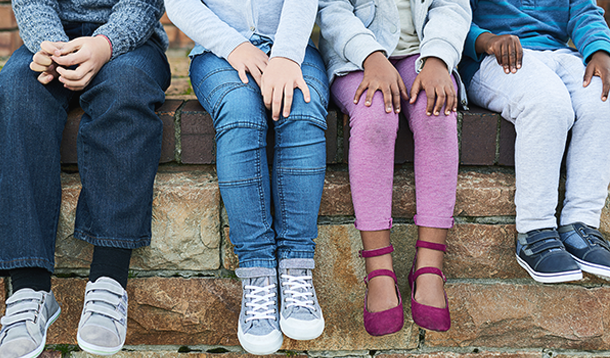 But why? Shouldn’t not seeing race be a good thing? In theory, of course it is. If we could get everyone on board this wonderful utopian idea, that would be a viable solution: but we aren’t there yet.

The incident in a Starbucks recently, where two young black men were asked to leave and subsequently arrested simply for speaking to a group of their friends, highlights how far we must go. People of all races were rightfully outraged, but only white people were shocked. POC have experienced this prejudice their entire lives.

Two years ago, while my children were spending the weekend with their grandparents, my husband and I decided to make a late-night run to the grocery store. The next morning, I was awoken by a police officer, asking if my kids were home, and advising me that one of my neighbours had called the police the night before, concerned we may have left the kids home alone.

The officer was kind, and when I explained the kids were away for the weekend, he gave me a couple of tattoos for the kids and went on his way. Unlike the men at Starbucks, my explanation was accepted immediately and went no further, but I was left feeling uneasy. Someone in my neighbourhood thought I was capable of leaving my children home alone in the middle of the night. Knowing that I am a good parent was of little comfort. Having friends and family be genuinely shocked anyone could think that of me did not erase that horrible feeling. I found myself questioning what I had ever done to give someone the impression I could do that.

When it came down to it, the answer was nothing. I am a good parent. This person clearly just didn’t know me at all. Maybe it was racially motivated, my husband is black, or maybe they simply saw two people they knew had children leaving without their children. I just know how awful it felt to be judged as something I wasn’t.

But here is why I will not raise my children to be colour blind. Once I got over that bitter taste in my mouth, I went back to my normal life. I didn’t worry people would continuously judge me or call the police anywhere I went. I had a bad experience, and it stayed an isolated experience. If I were a POC, this feeling that it could happen at any time would always be present.

A friend and fellow writer, Najay Roache, summed up the experience of POC being in a constant state of awareness that at any time they could be judged simply for their race.

“That’s the kicker, though, isn’t it? How regularly we move through the world never really knowing what folks think until it comes to the surface in this way. There’s been gut-wrenching op-eds about the physical and mental consequences of being in a constant state of defense.”

My children are biracial, but they look white. I want them to be keenly aware of the privilege that affords them and use it to speak out against racism. You cannot be colour blind and aware of your privilege at the same time. You cannot fight racism without acknowledging privilege, particularly if you are the one who holds it.

I’m not insulted when I am told that I have privilege as a white person. It doesn’t mean that there aren’t many POC who “have it better” in terms of life circumstances than I do. It doesn’t mean that POC dislike me as a person. It simply means that I have certain advantages that others do not, for nothing other than the colour of my skin. POC can hate my privilege and like me; a fact that is often lost on white people who preach colour blindness. I hate my privilege. I choose to use my privilege to try to abolish it.

When incidents like the one at Starbucks pop up, I often see POC imploring white people to be the ones to come to the defense of those being persecuted. Not just overall, but in the moment. Why? Because we are less likely to be arrested or persecuted for doing so. That is privilege. And that is how we can use our privilege, not just in coffee shops, but systemically too.

While colour blindness is a noble idea, and I don’t doubt comes from extremely well-meaning places, it’s naïve and ineffective. It’s dismissive of the struggles POC face to just decide that from now on, we simply won’t see or discuss race. All that does is silence the voices opposing racism and allow the hateful voices to stand out even more.

RELATED: ​It's Important to Raise Kids With Representation Outside Their Demographic