Clear Backpacks Are Not a Solution

These aren’t even band-aid solutions. They’re not solutions at all. 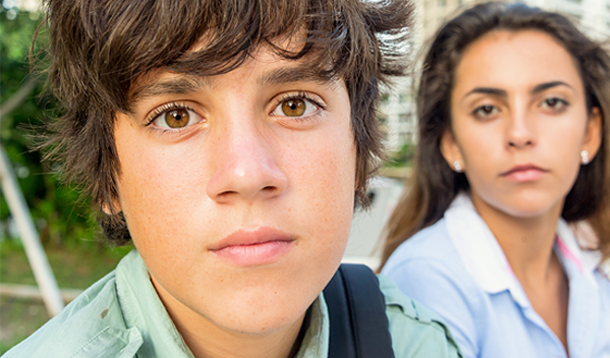 I feel for the children in the USA. I see their protests. I hear their increasingly loud, united voices. I watch the news and hold back tears listening to teenagers who sound more in tune with what needs to be done than politicians three-times their age.

I also feel despair. Maybe it’s the journalist in me – the one who got so tired of gauging news worthiness by the number of dead that I had to leave the industry. These kids are 100% right, but I don’t even think that matters. That country refuses to acknowledge that the problem is guns and access to them; not a lack of security in schools.

Yet, weeks after MSD suffered the loss of 17 students and teachers at the hands of a pissed-off teen, the answer there is not just bulking up security at the school. It’s now also picking what kids wear on their backs.

Talk about a false sense of security and a completely misguided attempt to solve the real problem.

The district will be providing the bags for free. Super. Because there’s nothing a 16-year-old wants more than to have the exact backpack he wears dictated by the school board. Throw away the Jansport you lusted over, Jimmy. Take this ugly clear backpack and keep your stuff neatly inside it so that lawmakers can see this as a solution to the problem.

The extent to which MSD is battening down the hatches is depressing. Everyone now must wear ID. Some kids at the school have said it feels more like jail now.

I can’t imagine being a teenage girl and having to carry a clear backpack. The last thing I’d need is a 15-year-old seeing my pads or tampons. Ugh. Yes, I’d leave my food wrappers in the bottom of my bag for longer than I should. No one needed to know what the inside of my bag looked like!

Apparently, there were two incidences where children were found with weapons in their bag, after the shooting. These clear backpacks will help protect the children in the school from such risks… theoretically.

Riddle me why it’s the kids’ jobs to show that they have nothing to hide. They’re kids. It’s our job as adults to protect them… and not with armed guards at schools or metal detectors or clear backpacks. We are compromising their privacy and a child’s right to go to school without feeling like they are in jail, because we refuse to take complete and total ownership of protecting them ourselves.

Our job as adults is to protect these kids but we’re not doing it. These aren’t even band-aid solutions. They’re not solutions at all.

Making children wear these backpacks has got to be among the most ridiculous things I’ve ever heard.  If kids being killed at school isn’t a clear reason to introduce stricter gun legislation to protect these kids, clear backpacks certainly won’t protect them either.